Sky Arts televises Wagner from Bayreuth and features the RWVI 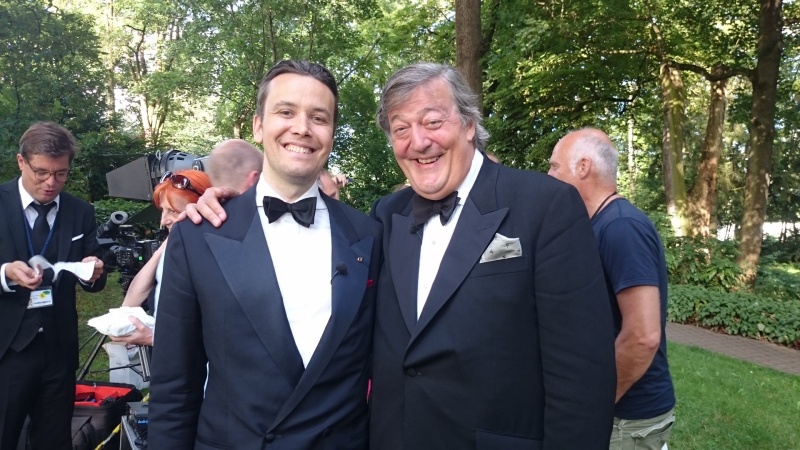 2016 was a great year for multi-media coverage of the Bayreuth Festival – and also for the RWVI. Sky Arts showed all four parts of the Ring of the Nibelungs in several European countries.
This screening enabled Wagner-loving viewers who could not go in person to the Bayreuth Festival to admire, loathe or adore the much-discussed and controversial production of the master director, Frank Castorf.  This proved an excellent addition to the usual live radio broadcasts from the Festival  of BR - Klassik that have been taking place almost since the very beginning of live radio broadcasting .

The 15 hours of play were supplemented by additional material during the intervals between acts. During the Festival, visitors are able to discuss the productions in the park surrounding the Festspielhaus, and Sky Arts offered a programme during the intervals, tailored to the broadcast in each of the participating countries. In Germany the programme was moderated by Axel Brüggemann, who hosted a variety of guests – expert contributors, singers, fans who discussed Wagner for the benefit of the audience.

The RWVI featured several times in the interval programmes. Interviews took place with the President of the RWVI Horst Eggers, who spoke with Axel Brüggemann about Wagner and the Ring, and with the Chair of the Wagner Society of Ammersee, Arabella Hellmann along with Eugenia Winckler, a member of her board. Arabella presented the first ever Wagner Poetry Slam, that had recently been organised by her.

The RWVI was also represented in the English-language programme broadcast in the UK, which was moderated by Stephen Fry, by one of Britain's best-known actors, speakers and Shakespeare pundits. Board member Dr. Matthias Lachenmann spoke in the intervals of Götterdämmerung with Stephen Fry , Axel Brüggemann and Marek Janowski .

The RWVI is delighted that the Bayreuth Festival has had such great media coverage this year. We hope that this commitment will continue .