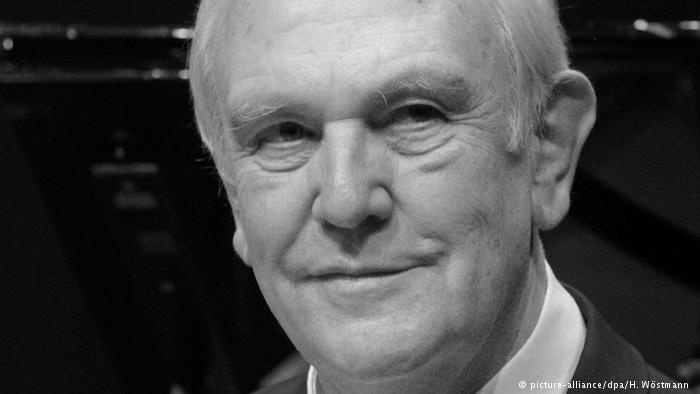 The Bavarian State Opera has announced the death of the German singer Kurt Moll. The dark-voiced bass graced many of the world's leading opera houses until his retirement in 2006.
Bavarian State Opera artistic director Nikolaus Bachler said Monday evening that Moll had died on Sunday after a long, hard battle with an unnamed illness.

"Kurt Moll could bring the great bass roles from Wagner, Mozart and Strauss to life like no one else," Bachler said in his announcement. "His death is a great loss for the Bavarian State Opera and all our colleagues, for his public in Munich, Germany and the whole world."

The Bavarian Opera will dedicate the next performance of Mozart's "The Abduction from the Seraglio" ("Die Entführung aus dem Serail") on March 24 to the decreased Moll, who was famous for his portrayal of Osmin in this opera.

The opera singer gave his last public performance at the Munich opera house in 2006 before retiring entirely from the stage for health reasons.

A long career for a deep voice

Moll, who originally wanted to be a cellist, completed his musical studies at the music conservatory in Cologne, where he would later return as a professor of classical singing.  After graduating, he performed his first engagements in the German cities of Aachen, Mainz and Wuppertal.

In 1970, he broke onto the international stage at the world-renowned Salzburg Festival, where he performed what would go on to be a lifelong signature role for him - Sarastro in Mozart's "The Magic Flute" ("Die Zauberflöte").

Moll debuted at the Bavarian State Opera in 1971 as a last-minute replacement in the role of Veit Pogner in Wagner's  "Die Meistersinger von Nürnberg."

His opera career took him to the major opera houses around the world including La Scala in Milan and the Metropolitan Opera in New York City.

Moll's dark, deep voice earned him comparisons to the "voice of God the Father" on multiple occasions.

You can read more about Kurt Moll in a fine tribute from Opera News, the Met's magazine, here.
Back to overview