A welcome to the Bayreuth Festival from RWVI President Eggers 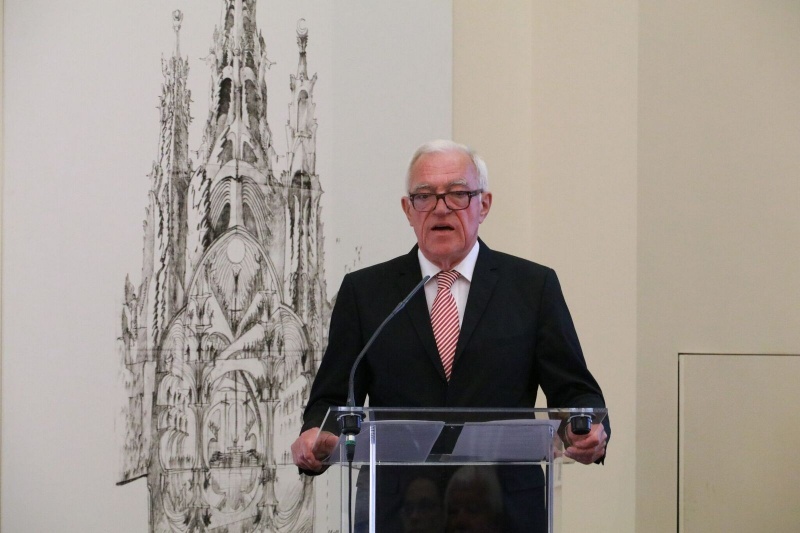 RWVI President Eggers has sent the letter below to all Wagner Societies, welcoming them to the 2017 Bayreuth Festival
Opening of the 2017 Festival season in Bayreuth

From July 25 to August 28, 2017 the 106th Bayreuth Festival will place and the eyes of the opera world, especially those of Wagner lovers, are once again directed towards Bayreuth.

We are all eagerly awaiting this year's new production of the Meistersinger von Nürnberg , from the world-renowned director of the Berlin Komische Oper Barrie Kosky, recently voted "Director of the Year" by the magazine "Opernwelt". The musical director is Philippe Jordan, who was recently honored with the "International Opera Award" as "Conductor of the Year".

Frank Castorf's The Ring of the Nibelungen will be performed for the last time this year. This production has received international praise, along with a certain amount of criticism. The last two years' new productions of Tristan und Isolde and Parsifal  on the other hand, were very well received both by audiences and the media.

If you cannot come to Bayreuth this year, you will have the opportunity of experiencing the premiere on 25th July live in selected cinemas worldwide (translator's note - at the time of this being put on the website, the cinemas listed are still only in Germany, Austria and Switzerland.)

The Richard Wagner Verband International wishes the Festival management and the entire Festival ensemble, the Wagner Societies worldwide and all Wagner fans a successful Festival season.

With kind regards from Bayreuth
your