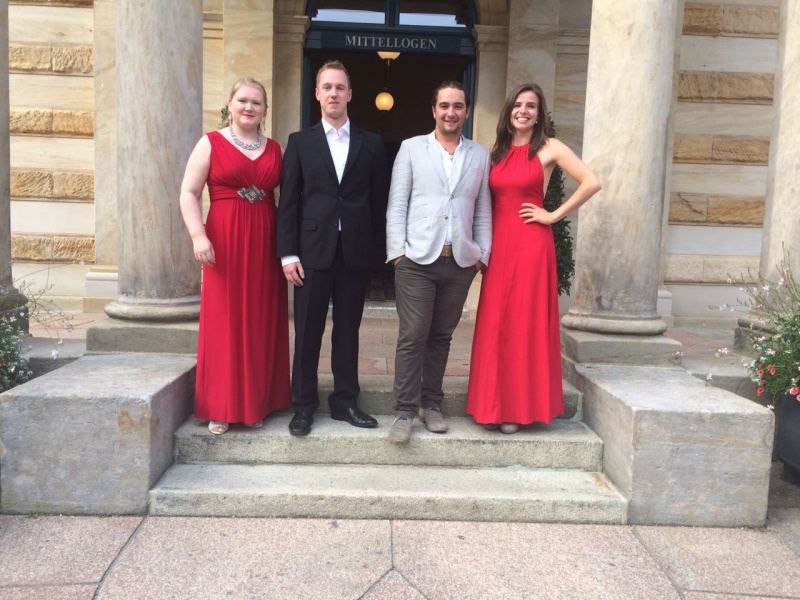 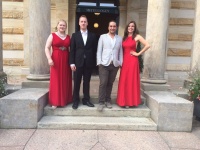 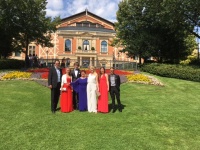 The 2017 Scholars’ week (Stipendiatenwoche) at the Bayreuth Festival proved the usual great success.
Approximately 250 young artists, including singers, instrumentalists, stage designers, conductors and stage directors from 41 countries around the world gathered in Bayreuth from August 14 – 18 to enjoy a full and varied programme.  The Scholarship Foundation (Stipendienstiftung), under the management of Dr. Stefan Specht, organised the programme and ensured that every day was filled with interesting and fulfilling events.

The scholars attended three performances at the Festspielhaus – Barrie Kosky’s new production of Die Meistersinger, Uwe Laufenberg’s Parsifal and Frank Castorf’s Die Walküre.  With most of the youngsters being exposed to full-length Wagner in the outstanding acoustic of the Festspielhaus for the first time in their lives, there was much lively debate and discussion after the shows.

The programme kicked off with a congenial welcome reception in the sunshine at the Valhalla Lounge, hosted by the Stipendienstiftung.  Dr Specht, along with Horst Eggers, RWVI President and Katharina Wagner, Director of the Festival welcomed the scholars, urging them to take full advantage of the programme on offer, to be attentive, to learn and above all to enjoy their time in Bayreuth.

Further events included a tour of the Festspielhaus, and an introduction to the history of the Festival, introductory talks on the operas, the usual moving early morning wreath-laying ceremony at the grave of Richard Wagner, the welcome reception given by the Mayor of Bayreuth at the Town Hall and the farewell reception on the final evening.

Special mention must be made of the Scholars' concert held on 17 August and curated this year by RWVI Vice-President Nicolaus Richter.  Several talented young singers and musicians performed before an audience of their peers, Wagner Society members and invited guests, including Eva Wagner-Pasquier.  Especially noteworthy were a standout ‘cello piece (the fiendishly tricky Kodaly Sonata op.8) performed by the young Hungarian Gergely Devich and a highly unusual saxophone solo composed by Luciano Berio performed by Italian scholar Salvatore Castellano.

The concert audience was especially privileged this year to hear a couple of pieces sung by special guest, Heldentenor Stefan Vinke (the Ring’s Siegfried) – the Romerzählung des Tannhäuser and a duet with his wife Sabine from Andrea Chénier.  This latter brought the concert part of the evening to a close.  The traditional scholars dinner was held afterwards, which, as ever, proved highly popular and enjoyable.

You can see above some photos of happy scholars from Düsseldorf , Munich and Venice (in that order).