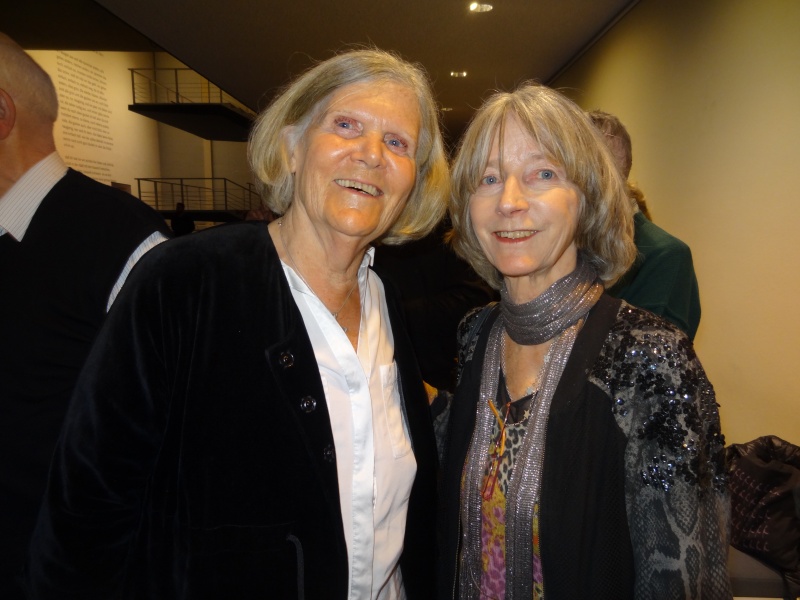 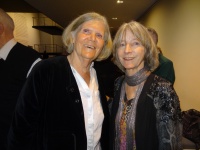 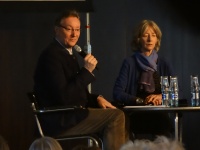 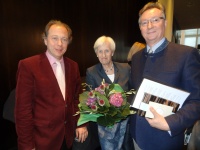 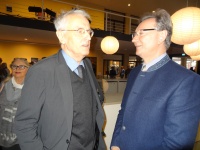 A full programme of events, including a two-day symposium, a gala dinner, performances of Lohengrin and Tannhäuser at the Deutsche Oper and various visits to places of interest in Berlin was put together by the indefatigable Rainer Fineske, President of the WS Berlin-Brandenburg, along with travel provider Ars Musica.

The weekend kicked off with a fine revival of Kasper Holten's Lohengrin at the Deutsche Oper on Thursday 9 November (with an option to see the show on Sunday 12 - or go again).  A stellar cast, including Klaus Florian Vogt, Rachel Willis-Sørensen, Günther Groissböck and Petra Lang under the assured and accomplished baton of Donald Runnicles and the orchestra in fine fettle, ensured that the unforgettable performances were of the highest quality.

The symposium, also held at the Deutsche Oper, began on Friday 10 with an evaluation by Dr. Ingrid Kapsamer of the artistic philosophy and developments of Wieland Wagner's „Kultisches Theater“ using the example of his productions in Berlin from 1959-1962. This was followed by a lively interview with the great Wagnerian soprano Anja Silja, moderated by Rainer Fineske.  Silja was in great form and gave an honest and at times amusing insight on life in Bayreuth under Wieland Wagner.

Josef Lienhart, former President of the RWVI, then presented a session on the productions of Wieland Wagner in Bayreuth from 1951 – 1966.  The day ended with a short film on Wieland Wagner.

The evening was crowned with a sumptuous gala dinner at the Kempinski Hotel, with guests of honour Donald Runnicles, Anja Silja, Nike Wagner and Deborah Polaski.  The dinner was preceded by a piano recital of a selection of Liszt's Wagner transcriptions given by Florence Delaage, who had performed for us during the Budapest Congress.  The welcome address was given by RWVI President Horst Eggers, who thanked the many organisers of the weekend and also noted some of the Wagner Societies who had attended with groups, including Iceland, Geneva, Munich, Paris and Lisbon.  A French translation was expertly provided by Odina Diephaus, former President of the WS of Koblenz.

The Saturday morning saw the conclusion of the symposium.  Prof. Dr. Stephan Mösch, from Karlsruhe gave a particularly enlightening and interesting talk on "Symbol und Wirklichkeit, Wieland Wagners Wandlungen in Bayreuth".  This was followed by an interview conducted again by Rainer Fineske, with Dr. Nike Wagner. Dr. Wagner gave a very honest appraisal of her father's life and work and did not shy away from addressing, inter alia,  the Nazi years, along with some of her family's relationship issues.  The audience really appreciated her frankness and objectivity.

The final event of the weekend was a performance of the Kirsten Harms production of Tannhäuser at the Deutsche Oper, featuring Andreas Schager and British soprano Emma Bell (performing both Venus and Elisabeth), along with rising star baritone Markus Brück in the role of Wolfram.

The weekend was a great success, with a perfect balance of academic discussion, great opera and opportunities to socialise with fellow Wagnerians.

The RWVI would like especially like to thank Rainer Fineske for all his hard work in making this event so thoroughly enjoyable and productive.