The RWVI mourns the death of Paul Götz 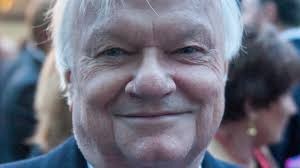 Along with his family, the work of Richard Wagner was at the centre of his life.
His decades of voluntary work as Chairman of the Richard-Wagner-Society of Bayreuth and as Managing Director of the Richard Wagner Scholarship Foundation, established by Wagner himself was highly valued by many Wagnerians throughout the world.

Our condolences go to his family.

You can read a tribute in German on the website of the Wagner Society of Bayreuth here.

The attached article from the Nordbayerischer Kurier was published in 2016 to celebrate Paul's 80th birthday.
artikel_nordbayerischer_kurier_2016_leben_fr_wagner_paul_gtz.pdf (PDF / 0.32 MB)
Back to overview