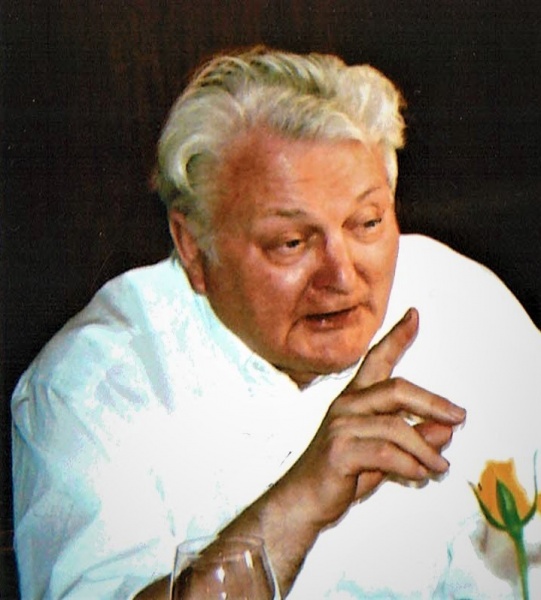 Günther W. Wilberg researched the history of the Wagner Associations and the Scholarship Foundation

For the Richard Wagner Verband Bielefeld - and not only for this Wagner Society - Günther Wilberg performed a variety of enduring services. He created a structure and gave his Wagner Society its own legal and creative status. The Richard Wagner Verband Bielefeld as an institution was undoubtedly his work, at the latest since 1984, when he took over the chairmanship, after completing the reorganisation of the society and establishing its constitution.

Günther Wilberg worked for well over 20 years as a historian and artistic designer, as an organiser, as a writer and as a speaker in great demand nationwide. His thirst for research led him into the wider realms of Wagner's thematic circle. To name but a few, he lectured and wrote on architectural themes - "The Cathedral of Siena, Wagner's Grail Stamp? - Richard Wagner's work and Art Nouveau. A memory of the painter Franz Stassen"; Albrecht Dürer. Wagner and the "Dürerschnörkel" - the musical interpretation including the political environment - "Hans Knappertsbusch in memoriam"; "Toscanini's guest performance in Bayreuth, an investigation of the events ... at the Bayreuth Festival 1931" - and last but not least the institutional history - "100 years of the Theater Bielefeld and its Wagner performances"; "The Wagner Festival in Detmold 1935-1944"; "Friedrich von Schön, the founder of the Richard Wagner Scholarship Foundation..."; "30 years of the Richard Wagner Association Bielefeld. Patronage of the monument to an idea: the Richard Wagner Scholarship Foundation". The latter was particularly close to Günther Wilberg's heart as the only institution of his name authorised by Richard Wagner himself, and still true to its original orientation, not as an forge for artists, but as a kind of public fund for needy adherents of Wagnerian art.

He tresearched all topics thoroughly. He rummaged through archives and often unearthed unexplored material, for example in Eisenach after the opening of the Wall in 1990, where he found the minutes of the "Richard Wagner Association of German Women" (1909-1949), packed in boxes, in the attic. In more than three years of work, he carefully transcribed and commented on the material. In 1993 it was available in book form (Verlag Gaggstatter Freiburg) and since then it has been available for research as well as to all Wagner associations, with a register of all names, as a source work of their own history.

The meticulousness of the historian was complemented by the creativity of the painter, photographer and designer. Günther Wilberg loved to present what he had explored in a multimedia way; to interweave word, image and sound in such a way as to create an emotional impression along with the information imparted,  in the end something like a total work of art in miniature.  He also employed this practice on non-Wagner subjects such as Grünewald's "Isenheim Altar", the Parisian "Sainte Chapelle" or the multi-choral "Missa Salisburgensis" (1682).

One of Günther Wilberg's supra-regional achievements was his successful commitment in taking on the sponsorship in order to found a Richard Wagner Association in the then East German Wartburg town of Eisenach. As early as 1990, the Richard Wagner Verband Bielefeld donated two scholarships which Günther Wilberg awarded to the East Berlin Staatsoper unter den Linden in the presence of the Director as well as the radio and press. The ceremony concluded with a lecture by the Chair of the Bielefeld Wagner Association on the subject of "Hans Knappertsbusch in memoriam". The (new) foundation in the traditional Bayreuth pub "Eule" in the summer of 1990 took place in the same year in the Fritz Reuter Villa in Eisenach, which houses the Oesterlein Collection, the first ever Wagner museum.

Also worth mentioning is Günther Wilberg's "Letter from Bayreuth", published annually from 1992 to 2008. Under the pseudonym "Wasolt" (not "Wafner", following the Bayreuth music journalist Erich Rappl) he gave free rein to his critical spirit. Here he unfolded his talent for wit, satire and irony and scourges in his overviews of the current productions that did not seem to him to adhere to Wagner, in which he did not skimp on commentaries in both images and words. He could not support the increasing development towards the stage director's dominance over the author. Thus he kept his distance and withdrew like many others (not only) of his generation, well aware that the performances in Bayreuth for many years had belonged to the meaningful and delightful centre of his life.

Our thanks go to his exemplary, untiring, and also formally impressive efforts on behalf of Richard Wagner's work; we remember no less his own cautious, warm-hearted and passionate work.