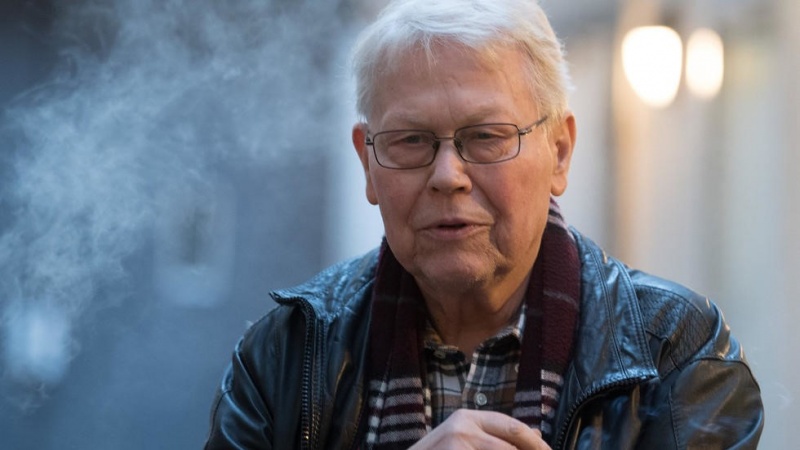 The director of many iconic Wagner productions, including the 1988 Bayreuth Festival Ring, died on 31 December at the age of 84
photo copyright Berlin AFP
Text - France 24

One of the world's most celebrated opera directors, Germany's Harry Kupfer, has died at the age of 84 in Berlin, his agency confirmed on Tuesday.

In a career spanning 44 years, Kupfer worked at opera houses across Germany and was chief director of Berlin's iconic Komische Oper for more than two decades.

Born in 1935, Kupfer studied in Leipzig and first worked in then-communist East Germany.

But he rose to fame in 1978 with a production of Richard Wagner's "The Flying Dutchman" at the world-renowned Bayreuth festival.

He took the reins at the Komische Oper three years later in 1981.

A student of Komische Oper founder Walter Felsenstein, Kupfer staged works by Mozart and Wagner and oversaw two world premieres at the opera house before bowing out in 2002.

He returned to Bayreuth in 1988, staging Wagner's "Ring of the Nibelung" alongside Argentine-Israeli conductor Daniel Barenboim.

After the fall of the Berlin Wall, Kupfer cooperated with Barenboim again on an ambitious project to stage one Wagner opera a year over the course of a decade at the Berlin State Opera.

He continued to work until right up to his death, directing around the world and staging Georg Friedrich Handel's Poros in a triumphant return to the Komische Oper last year.

Of all the directors I worked with – as Chrysothemis, Leonore in Fidelio and Bruennhilde in the Bayreuth Barenboim/Kupfer Ring cycle – Harry was the most thrilling and stimulating. He had the ability to recognise your hidden potential as singer and actor and use it to help you build a performance that otherwise you might never have imagined possible. I would have turned somersaults for him if he had asked me to. A few singers grumbled that he was allowed too much rehearsal time, but he knew just how to make use of it to the singers’ advantage. Harry was the last survivor of a group of fine East German-trained directors with whom I had the good fortune to sing: Herz, Friedrich, Berghaus, Kupfer. For me Harry was the greatest of them all. He was hoping to come to London in February to take part in a discussion about his Bayreuth Ring organised by the Wagner Society. Sadly he won’t be present, but he will be very much in the minds of all us there who worked with him and loved him.

Harmut Haenchen:
Harry Kupfer enabled me to leave the GDR.

After a political problem as chief conductor of the Mecklenburg State t=Theatre, I was no longer allowed to use my passport… the first opportunity was Aribert Reimann’s opera Lear. I went to Berlin to talk to Harry Kupfer about it. He knew me from Dresden as a conductor of classical and baroque music and told me in his wonderfully direct way that he couldn’t imagine me mastering such a work.

My argument that I had taken over his Parsifal production in Berlin in front of a Stasi-booked audience didn’t help, because he hadn’t heard it. He still took on the venture with me. This Lear became such an exciting production that in the dress rehearsal references to life in the GDR had to be quickly removed from the introduction. Nevertheless, a great success for Harry Kupfer and also for the conductor, who was invited to the Berliner Philharmoniker. Then to the Netherlands Opera for Elektra, which led to my appointment as general music director at Netherlands Opera and as chief conductor to the Netherlands Philharmonic and the Dutch Chamber Orchestra. This allowed me to leave the GDR. I was not only able to bring the Berlin Productions of Lear to Amsterdam, but also the premiere of Boris Godunov in the new house an der amstel together with Harry Kupfer.