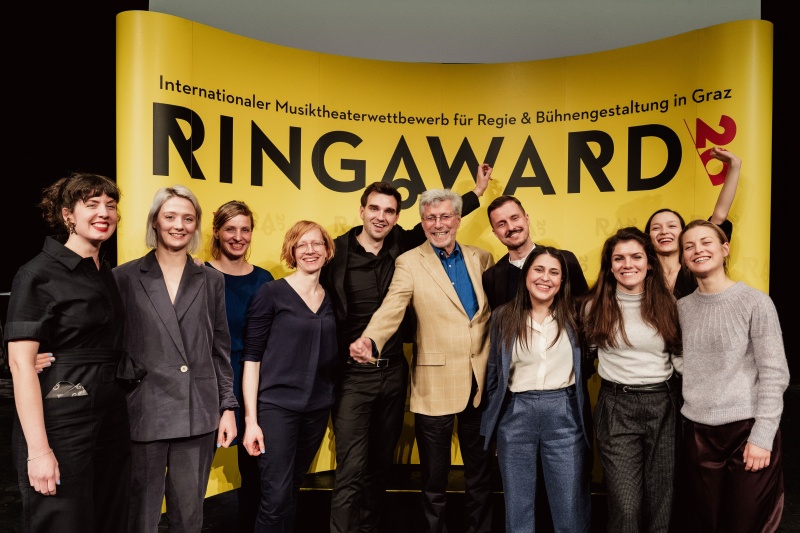 In the RING AWARD 20 Semifinals 9 very varied directing and stage design concepts for the competition opera "Don Giovanni" were presented in an entertaining and multimedia way by international young artists before the jury and audience in "Next Liberty" Graz. In the run-up to the event, the teams had already discussed their concepts and had undertaken rehearsals and feasibility tests in front of the jury.

From the 9 semifinal teams, the international jury chaired by Nora Schmid (Intendant Opera Graz) and Iris Laufenberg (Intendant Schauspielhaus Graz) finally nominated three teams, who will be given the chance to perform parts of the final act of the competition opera "Don Giovanni" by W. A. Mozart at the Schauspielhaus Graz in June.

You can read more on the website www.ringaward.com
Back to overview