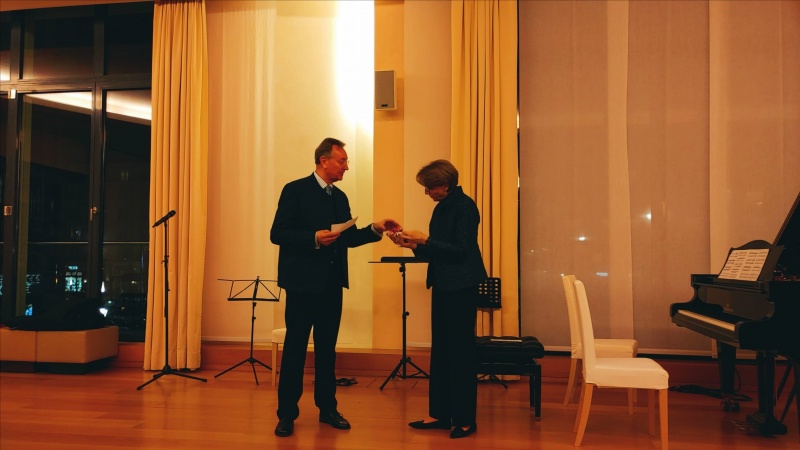 On 13 March 2020, the French Embassy in Berlin hosted the ceremonial presentation of a cheque for €4,000 from RWV Berlin-Brandenburg

The occasion for the fundraising was the devastating fire of the cathedral of Notre Dame in Paris in April 2019.

The handover was integrated into the programme of the celebrations for the 40th anniversary of the French-German Music School in Berlin. At the same time it would be their last major public event due to the Corona Pandemic in Berlin.

The concert was designed and played by the music teachers of the German/French music school, the programme moved between the composers Johann Sebastian Bach and George Gershwin.

The hostess, Her Excellency Ambassador Anne-Marie Descôtes, expressed her sincere thanks for the great solidarity of the German citizens for the re-construction of Notre Dame de Paris.