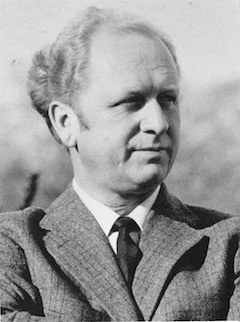 Norbert Balatsch, the Chorus Master of the Bayreuth Festival for decades, died on 6 May 2020 in his home town of Vienna. He was 92 years old and began his musical career with the Vienna Boys' Choir, of which he was a member from 1938-1944. From 1952 he a was singer with the State Opera Chorusand from 1953 he took over the direction of the Vienna Male Voice Association. From 1968 he was director of the State Opera Chorus. From 1983 he resigned from the Vienna Chorus and took over the Coro di Santa Cecilia die Roma, while at the same time undertaking several conducting engagements with famous orchestras worldwide. He was also able to bring his international experience to bear in the conducting of the Vienna Boys' Choir from 1999-2001.

For us, as Wagner lovers and regular visitors to the Bayreuth Festival, Norbert Balatsch will, however, be remembered in the truest sense of the word as a formative figure of the worldwide unique and unmistakable Festival Chorus, which he directed from 1972-1999 and has shaped to this day, and which Eberhard Friedrich has taken over from him and continues to cultivate and direct with outstanding quality.

During his time in Bayreuth Balatsch worked with many of the famous and great conductors whose style is still influential today.  He also experienced a trial by fire in Bayreuth in his first year in 1972, despite his performance being blameless,by simply coming on stage at the curtain call too early and in the place of the stage director Götz Friedrich.  As the latter could not be found for his curtain call, Balatsch had to take the boos for "his" supposed Tannhäuser, (but this is only noted by me in passing as a small anecdote).

We commemorate him with great respect and our deepest sympathy to his family.