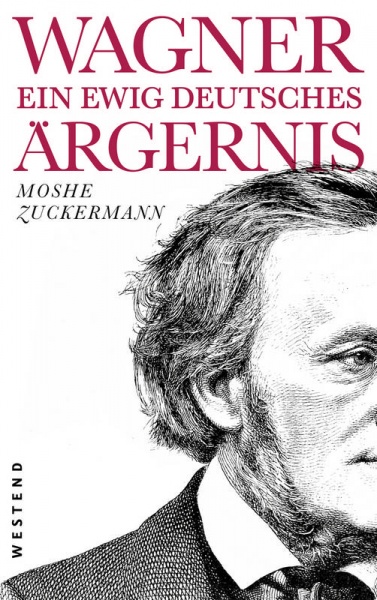 A review by RWVI President Rainer Fineske
Once more a new book about Richard Wagner, the umpteenth thousandth copy?

No, far from it, this is a book from an author's current point of view about Richard Wagner and his work in the musical as well as in the political field.

A work of 144 pages, at first glance one is used to more extensive works. But these are not simply the old and eternally rehashed arguments. The question of why Richard Wagner's anti-Semitism and other such similar questions no longer occupy the same broad space today, as they did several years and decades ago after 1945, is clearly and unambiguously pointed out by the author, and yet it remains a constant reality without any pointing of fingers.

Moshe Zuckermann sets out on the problematic but also clear path of coming to terms with the non- performances of Richard Wagner's operas and dramas in Israel, or at least his music, especially in his chapter: "Wagner in Israel or the delights of ignorance" on page 121.

It takes a great deal of argument and conviction to support Israeli Wagnerians in the performing of Wagner's works in Israel. Moshe Zuckermann shows in this chapter why this is not successful and does not shy away from naming Ross und Reiter.

This book is suitable for introducing the reader who is at the early stages of their interest in Richard Wagner, but also for the more advanced reader, to Wagner's works and political writings. The author succeeds in showing the indifferences of a versatile artist. Whether this is also a reason why Richard Wagner is still considered by many to be an "eternal German nuisance" remains to be seen.