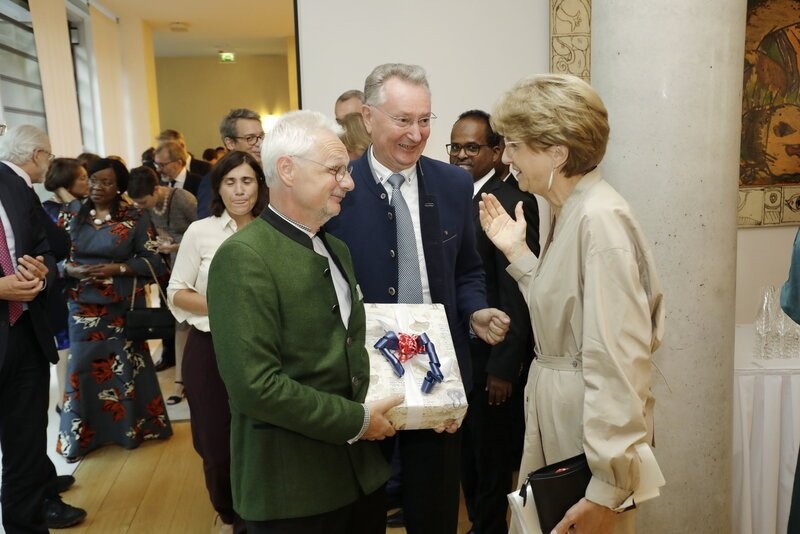 In her farewell letter, she noted that she was proud to have been the first woman to head the French Embassy in Germany.

Anne-Marie Descõtes is an avid Wagner lover and regularly attends the Bayreuth Festival and performances in other opera houses as far as her time allows. She has had a special relationship with the Richard Wagner associations since receiving the donation of a five-figure sum for the reconstruction of Notre Dame Cathedral in Paris. The RWVI President handed over the donation to her on 13th March 2020 at the French Embassy in Berlin. It was also the last event of the 40th anniversary of the German-French Music School in Berlin, it was also the last public event before the closure at the beginning of the first lockdown.

At the farewell ceremony, which was attended by numerous high diplomatic dignitaries and politicians, the President of the RWVI presented Ms. Anne-Marie Descõtes with the two 7.5 kilogram volumes of "The History of the Bayreuth Festival" by Dr. Oswald Georg Bauer.