The Ring in Minden - Interview with Dr Jutta Winckler 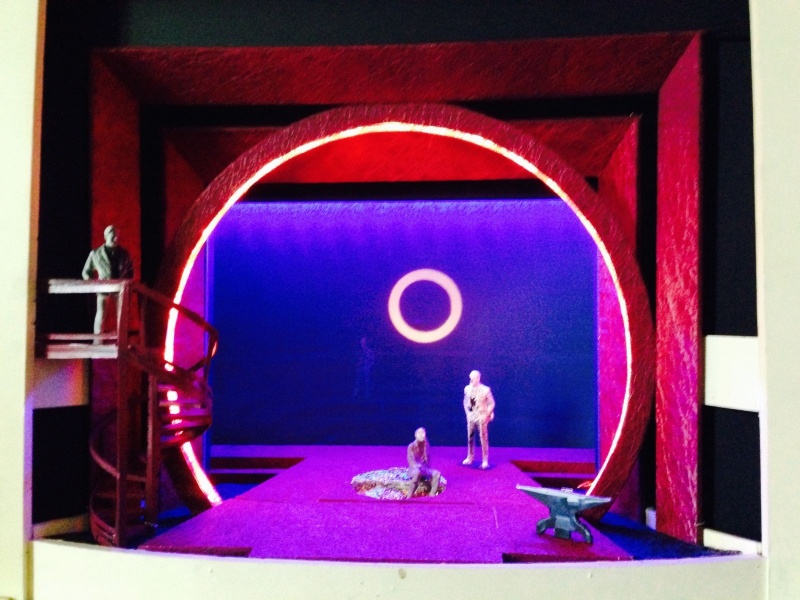 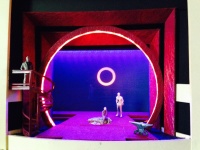 Dr Jutta Winckler, President of the Wagner Society of Minden and producer of the Ring Cycle in Minden in conversation with Christian Ducor, of the RWVI Board

Interview with Dr Jutta Winckler about the Ring in Minden

Christian Ducor (CD):
Can you begin by telling us briefly about the Wagner Society of Minden.

Jutta Winckler (JS):
The Wagner Society of Minden was founded in 1912  by two women, a singer and a piano teacher.  From the outset the Society had a close relationship with the Wagner family in Bayreuth, in particular with Winifred and Siegfried Wagner.  We had a President who was in charge for 50 years, and who ensured that this town was dedicated to Wagner.  We have 400 members.  We have always held lectures and concerts and now we are staging operas.  On our 90th anniversary we decided to do something special, and we staged our first production – The Flying Dutchman.  This was so successful that Minden decided it wanted to put on more operas.  Thus followed Tannhäuser, Lohengrin and Tristan und Isolde.  Then Eva Wagner-Pasquier came along and said: now for the Ring!

One other interesting fact about the society in Minden – we are a century old and we have only had four presidents.  The first was in place for 50 years; the second, her daughter, for 35 years, then a short-term presidential tenure of 10 years and I have been in place since 1998.

JW:
The Ring is a mammoth project for Minden!   In the beginning I would never have dared to imagine that we could stage the Ring in Minden.  We now have a wonderful stage design by Frank Philipp Schloessmann, who also does stage design for Bayreuth.  We also have a remarkable stage director in Gerd Heinz, who comes from the theatre world.  In Rheingold in particular, he directed the action in a very theatrical way that leads us to understand what is going on and is highly engaging.  In particular the interaction between the Gods, which can sometimes seem rather dull, is really well staged in our production.  Another special feature is that the orchestra plays on the stage, a scant six metres behind the singers, meaning that from the front row you can look deeply into the eyes of Wotan.  It is wonderful to have this close contact with the performers.  This works better for the Ring than for an opera with a chorus, because everything is acted out on the stage with no need to support a chorus, as in the Dutchman, for example.

The story of the Ring is one of myths, ever current, ever contemporary – themes of the kind that prevail today – love, hate, disputes, money, anger, power.  All this is on the stage in Minden.

We also have very good singers, who willingly agreed to take part in this little house and found that it presented them with a very interesting challenge.  It’s also a new experience for the singers to perform so close to their audience.  For their experience of close contact with the audience, it’s better that the orchestra is at the back of the stage.  And it’s this contact which enthuses the audience.  We had a wonderful Rheingold with very good reviews, and now we follow on with the Walküre, the loveliest of the operas.

CD:
What new projects do you have for Minden?

JW:
We want to go through with this Ring to the end.  It is of course a great challenge financially.  I am already being asked who to book for Siegfried next year, when I haven’t yet fully funded the Walküre.  But we are courageous and we want to put on the whole Ring in 2019, in two complete cycles.  If we are still alive, and after a break, we want to crown all our efforts with Parsifal, but only if Frank Beerman will participate; that also poses a huge financial question!  I wouldn’t wish to be utopian about this.  One thing at a time.

Also I want the operas to be accompanied by introductory lectures, as the text is so important.  Next month we are doing something new – Mr. Schatz, a comic actor, will read the text in its entirety.  From 4pm to 7pm he will recite the words of  Die Walküre.  This will be interspersed by Mr. Krosch playing some transcriptions on the piano, as Mr Schatz has indicated that he doesn’t want to be keep on repeating  « Wallala weia ».  This should be really interesting and we will continue with the presentations for the future operas.

CD:
Thank you very much.