The Ring Without Words - Organ Concert in Bayreuth 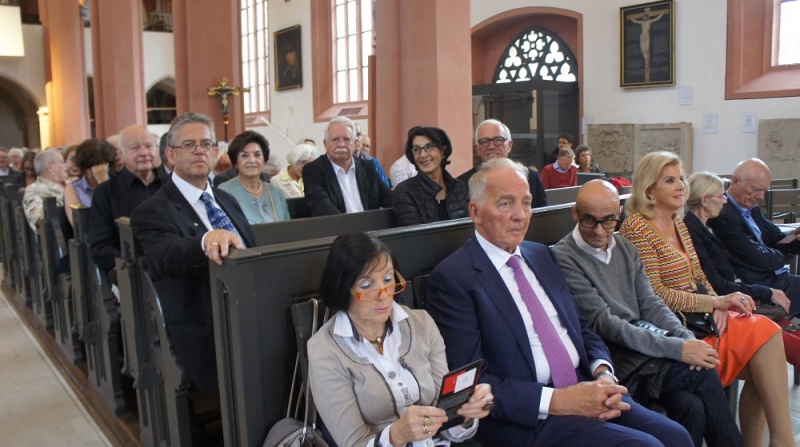 The concert held on 05 August 2016 in the town church in Bayreuth brought to a successful conclusion the two-part cycle "Wagner Without Words".
The Wagner Society of Munich - represented in person by its Chairman Karl Russwurm - had organised the project, together with the Kantor of the Dean's Office Michael Dorn.  The event was initiated by the Hedda and Wolfgang Reuss Foundation of Munich. The first part of the cycle, entitled Richard Wagner - an organ symphony of overtures and preludes - had taken place in June in Munich at the church of the Sacred Heart.

On a "Ring-free" day, several people who were around in Bayreuth came to the church.  Some were Festival visitors, while others were Bayreuth residents, led by the RWVI President Horst Eggers and his wife. This programme of orchestral excerpts from the Ring was performed in the beautiful town church.

The head of the Bach Choir / Bachorchester Munich, Hansjörg Albrecht , played the following programme on the organ of the Stadtkirche Bayreuth :

With the assistance of his wife, the organist had two days to adjust and prepare with the special surround sound of this particular instrument. “Art is beautiful, but demands a great deal of work” as the great Karl Valentin once said.  He finally succeeded in achieving from the "King of Instruments" an incredibly dense orchestral sound, without any ostentatious excess of volume. The double organ made for a realistic surround-sound, especially when the Ride of the Valkyries conjured up the warriors whizzing through the nave.  By contrast, dreamy passages like Forest Murmurs from "Siegfried" were performed so intimately and enchantingly that the audience were sometimes literally holding their breath.

There was no CD available to buy after the concert to enable the audience to recreate their live experience, although admittedly it wouldn’t have been possible to recall the event accurately through such a medium.

The organist would be happy to repeat one of these two concerts anywhere in the world, where a similar combination of an acoustically suitable church with a correspondingly interesting instrument could be found.  Naturally, one can not really expect an exact repeat as such, as the end result would almost certainly be highly individual.
Back to overview