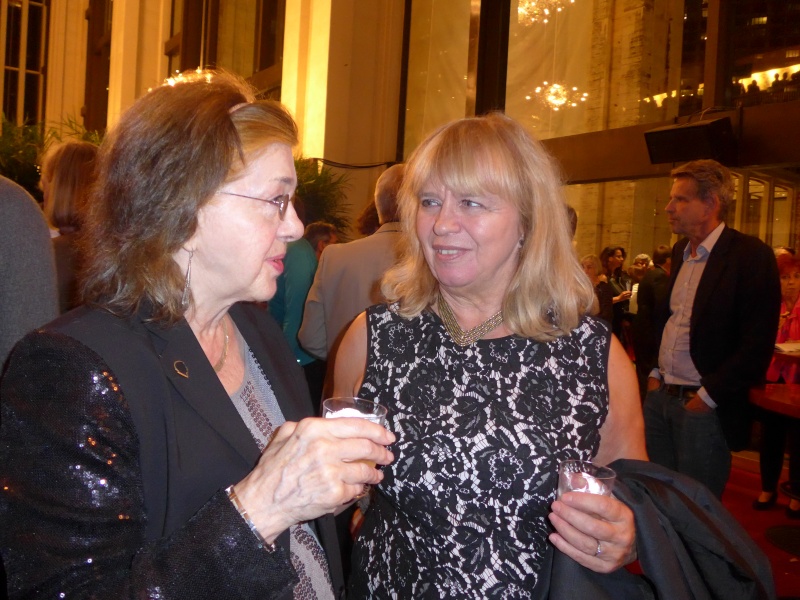 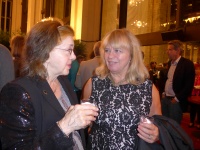 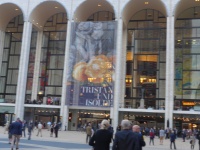 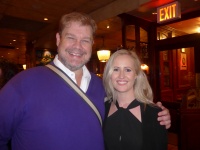 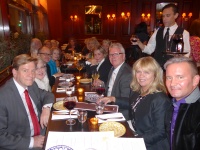 36 lucky Icelandic Wagnerians went to New York to see the new production of Tristan at the Met. A brief report from their President, Selma Gudmundsdottir.
A group of 36 members of the Richard Wagner Society, Iceland went to see the new production of Tristan and Isolde at the Met (see photo) in New York, which opened the new season on September 26th. The musical performance was outstanding, with Sir Simon Rattle conducting.  iNina Stemme and Stuart Skelton performed the title roles, with René Pape singing King Mark.

After the performance the Icelandic group celebrated (see photo) in Café Fiorello and had the good luck to meet Stuart Skelton, who sang Peter Grimes in Iceland last year and had the good sense to get himself an Icelandic girlfriend, also a musician (see photo). In the interval Selma Gudmundsdottir, president of the Icelandic Society met up with Nathalie Wagner, president of the New York Wagner Society (see photo) for a discussion. The Wagner Society, New York, is holding a seminar on Tristan, with the participation of the Met cast on Sunday the 9th of October.  This event is now sold out.
Back to overview