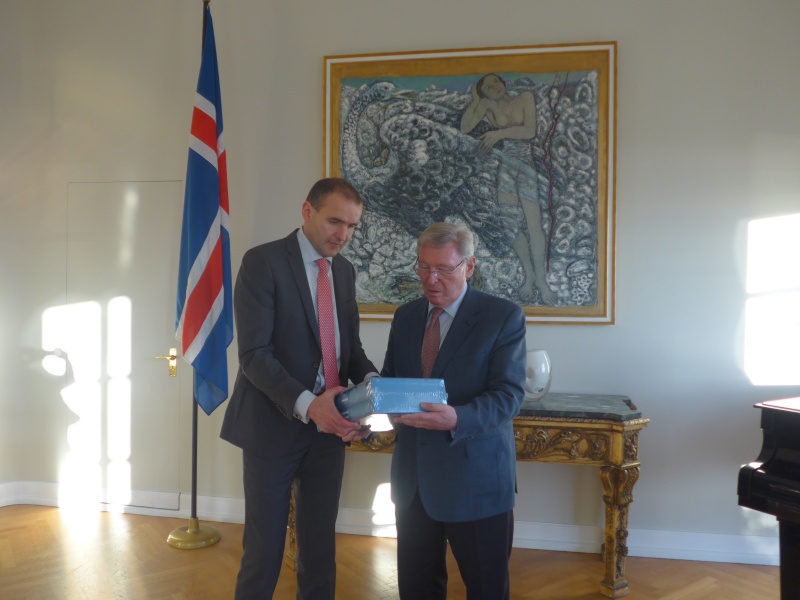 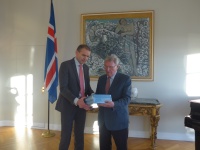 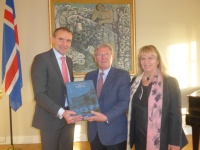 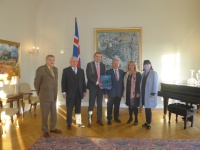 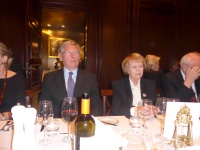 Dr Oswald Georg Bauer was invited to Iceland by the Icelandic Richard Wagner Society and visited the country from November 3rd to November 7th.
Dr Bauer presented his recent book, "Die Geschichte der Bayreuther Festspiele", as a prelude to the Icelandic Wagner Society's annual gala dinner on Saturday the 5th of November.

The following day he gave a lecture in the new concert hall, Harpa, hosted by the Wagner Society in co-operation with the Icelandic Opera and the Icelandic Academy of Arts. His lecture was on the subject of Wagner and Venice: Amore e morte in Venezia/Love and Death in Venice.

Dr. Bauer and Selma Gudmundsdottir, together with Ambassador Gunnar Snorri Gunnarsson were also guests of the German Ambassador in Reykjavik, Herbert Beck, who hosted a lunch in a local restaurant.

2.      The President and Dr Bauer with Selma Gudmundsdottir, Chairman of the Richard Wagner Verband, Island.

3.      The President and Dr. Bauer with Selma Gudmundsdottir, Steinnunn B. Ragnarsdottir, Director of the Iceland Opera, Arni Björnsson, author of the book, Iceland and the Ring of the Nibelungen and Johann J. Olafsson, board member of the Iceland Wagner Society.

4.      Dr Bauer at the gala dinner of the Richard Wagner Verband, Iceland, with the former President of Iceland, Vigdis Finnbogadottir.
Back to overview