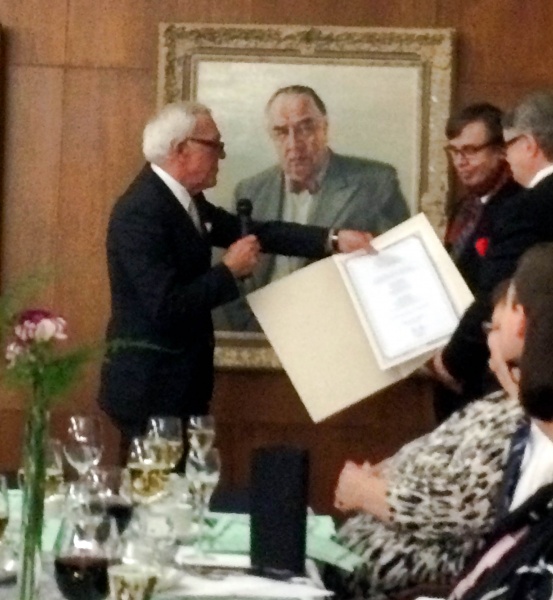 The celebrations began on Friday 25th Nov with a Wagner concert at the Temppeliaukio Church. The programme consisted of the Wesendonck Lieder and piano transcriptions of the operas, Isolde´s Liebestod performed by Mus. Dr. Jenni Lättilä, soprano, and Mus. Dr. Risto-Matti Marin, piano.

The anniversary reception, featuring the well-known orator, music journalist and writer Ms Minna Lindgren was held next day at the Finnish National Opera. The event was opened by the Chairman of the FWS, Mr. Heikki Virri. Greetings to the celebrating society were presented by the President of the RWVI, Mr. Horst Eggers, Ms. Rilla Kyykkä from the Finnish National Opera and by Ms. Camilla Nylund (soprano), Senta of the matinee performance of The Flying Dutchman (director Kasper Holten and conductor John Fiore) at the FNO, which also formed part of the anniversary celebrations  http://oopperabaletti.fi/en/repertoire/the-flying-dutchman/ .

Saturday's celebrations ended with a banquet at the Laulumiehet restaurant with songs and other musical performances throughout the evening by, among other, Bayreuth scholarship holders of the FWS and new applicants for this scheme.

The celebrations were completed on 27th November by a screening of the new Wagner movie Der Wagner-Clan, Eine Familiengeschichte. Some 250 members and guests took part in the anniversary festivities.

Peter Haggblom
Back to overview