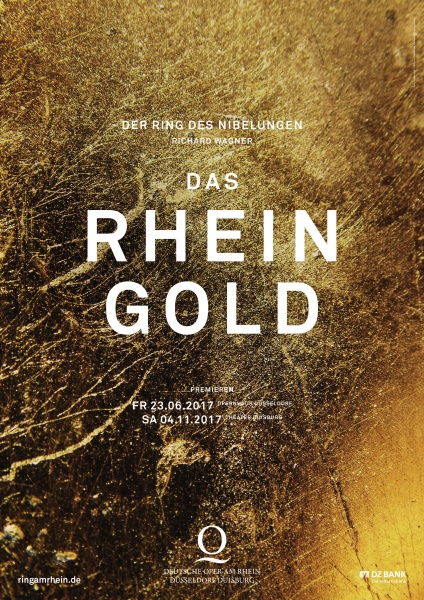 The WS Düsseldorf has put together a series of lectures on aspects of the Ring to accompany the new production of the "Ring on the Rhine" that will unfold over the next 18 months.
The Deutsche Oper am Rhein premieres its new Ring on 23 June 2017 with  „Das Rheingold“.  The final part of the tetralogy „Götterdämmerung“ will have its premiere in October 2018.

This Ring will be directed by Dietrich W. Hilsdorf , and the conductor will be Axel Kober.

The Wagner Society of Düsseldorf has put together a series of lectures given by renowned experts, to accompany each part of the Ring.  The lectures will cover the musical and dramatic aesthetics of the piece, along with Wagner's intentions, ideas and ideologies.  Around 15 such lectures are planned and the WS Düsseldorf hopes that these events will enrich all Wagner lovers  who attend with a greater understanding of the human and social drama of the Ring.

All lectures will take place at 19:00 in the Theatermuseum Düsseldorf.  Further details can be obtained from: