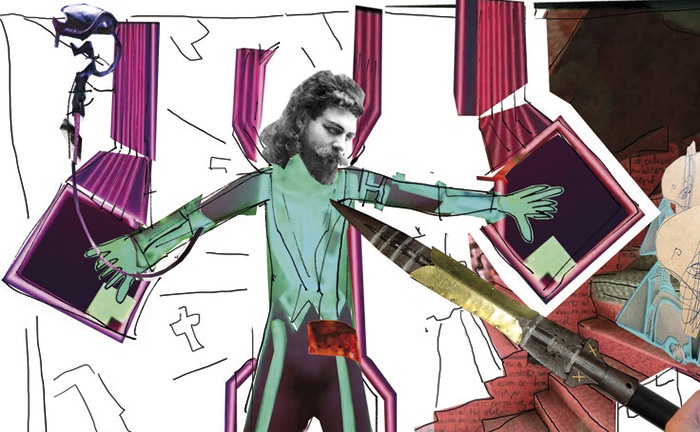 The WS Bamberg hosted a highly successful and instructive two-day workshop on Parsifal in late April, with a series of speakers highlighting various aspects of the opera to a spellbound audience.
To accompany the new production of Wagner's “sacred stage festival” Parsifal at the Coburg Opera, the Richard-Wagner-Verband Bamberg organised a two-day-symposium, in collaboration with the local theatre and the Otto-Friedrich-University.  Thanks are due to the Society’s active and diligent Chairs, Dr. Jasenka Roth and Monika Beer.  Speakers included renowned scholars from Germany and abroad, along with various artists. Through coverage of both background information and more detailed explanations about this work, this event proved highly enriching for both Wagner novices and long-time connoisseurs of the composer. Katharina Milanollo (Chair) and Irene Jodl (Secretary) of the Wagner Society of Linz also took part.

After a somewhat unconventional and thoroughly entertaining introduction by illustrator and stage designer Thomas Goerge, students of Prof. Dr. Ingrid Bennewitz described their thoughts on the title character Parsifal, after which Sabine Zurmühl gave an illuminating insight into the female lead role Kundry. Starting from both the genesis of the work and various literary sources, she discussed the different facets of this figure - from the “creature of the soil" in a world dominated by men to its own patterns of movement, such as lying and sleeping, to a storm-battered figure driven by restlessness and finally even to the loving surrogate of Parsifal's mother Herzeleide.

In the section “Parsifal for advanced learners”, the New York author Tom Artin presented a psychoanalytic approach to this work, taking Sigmund Freud's theories into account.

In the afternoon Prof. Dr. Stephan Mösch talked about Parsifal as a theatrical communication process, discussing sociopolitical aspects such as the upheaval generated by Wagner, along with anticipation for the future, reconciliation with nature, the synthesis of Christianity, Buddhism and pacifism and the role of the theatre as a social entity and a reflection of the world.

In his lecture, Prof. Dr. Holger Noltze, referred to the issue of Parsifal with an s and f or a z and v, and confronted various historical documents, including those by Chrétien de Troyes and Wolfram von Eschenbach, with Wagner's work and thus gave an extended preparatory introduction to the film "Perceval le Gallois" by Eric Rohmer to be screened that evening.

Conductor Roland Kluttig and Parsifal singer Roman Payer described the particular musical challenges; the former also took part on the podium the following morning, along with the Managing Director of the Theatre Bodo Busse, director Jakob Peters-Messer and some of the experts for a broad- based public panel discussion, prior to the journey to Coburg that afternoon.

At the performance, we were convinced that the Coburg Parsifal has no need to feel inferior to any larger theatres, in terms of either its theatricality or its musicality. Jakob Peters-Messer succeeded in producing a contemporary performance with numerous lighting effects, and conductor Roland Kluttig demonstrated that, with the help of the "Coburg version” first created by Alfons Abbass, a fulminant sound can be achieved even with a diminished orchestra.

All in all, this was a successful event, which we will remember fondly.