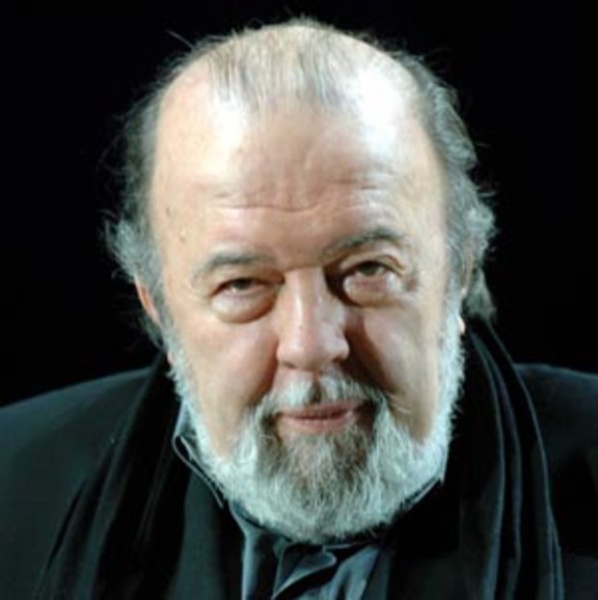 Sir Peter Hall, known best in Wagner circles as the director of the 1983-1986 Ring at the Bayreuth Festival, was also celebrated internationally for his work with the Glyndebourne Festival (where he was Artistic Director from 1984 to 1990), for being the founder of the Royal Shakespeare Company and director of the British National Theatre and for his other many and varied theatre, film and television productions.

Sir Peter's career spanned seven decades and his passing is greatly mourned in the arts world.

Known as the "English" Ring, and following hard on the heels of the celebrated Chereau/Boulez production, Peter Hall's Bayreuth Ring was not altogether well received at the Festival.  Despite the magnificent conducting of both Solti in 1983 and of Peter Schneider from 1984-1986, this production was deemed conservative, especially in contrast to its predecessor.
Back to overview