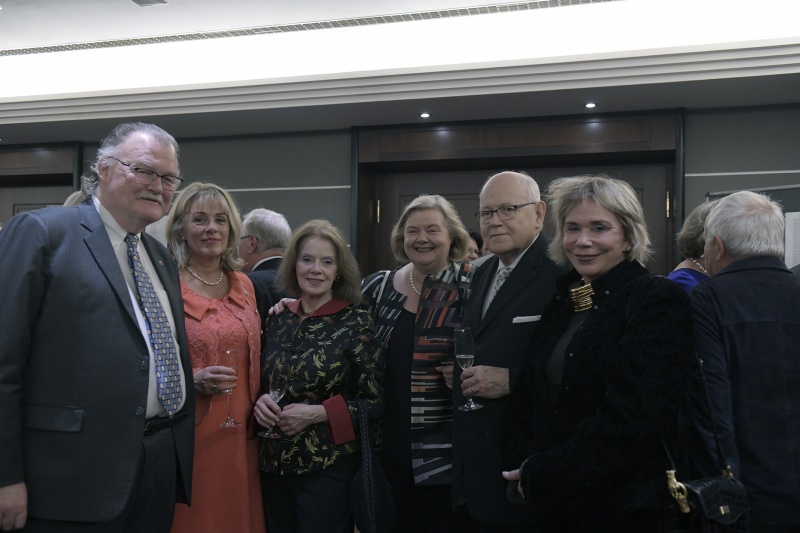 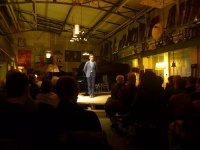 Fifty members of the Wagner Society of Iceland, along with their President, went to Berlin to attend the recent "Wieland Wagner Days".
The group enjoyed the productions of Lohengrin and Tannhäuser and for both evenings ate together in the nearby Don Giovanni restaurant.

On 10 November the group visited the Icelandic embassy in Rauchstrasse, and on the 8 November some members were successful in obtaining tickets for a recital by Icelandic pianist Vikingur Olafsson in the Christophori Salon (see photo).

Some of the members took part in the Gala Dinner at the Kempinski hotel (see photo).  Several attended the symposium in the Deutsche Oper.  In our group photo taken in the Deutsche Oper, the President  of the Berlin Wagner Society, Rainer Fineske, is also present.  He acted as instigator and moderator for two interesting conversations with Dr. Nike Wagner and Anja Silja.  He can be seen at the back of the group photo, second from left.