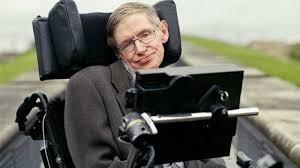 In one of his last interviews, Hawking stated that he would like to spend his last days listening to Wagner.
The exact quote was 'On my last day, it would be being with my family and listening to Wagner,’ Hawking told (the interviewer). ‘While sipping champagne in the summer sun.'

Stephen Hawking often attended Wagner productions at the Royal Opera House and other venues.  This was no mean feat, given the complex logistics involved in getting him there and installing him in the disability access area in the Balcony of the Royal Opera House.  It was a tribute to his great passion for Wagner and to the ROH for making his visits possible.

I once sat in front of him during a production of Parsifal - Gary Kahn, a long-standing member of the London Wagner Society was accompanying Professor Hawking and kindly introduced me and Thomas Krakow (who also attended the performance) to the great man.

I could hear the gentle bubbling sound of his breathing equipment throughout the performance and it was a really life-affirming accompaniment to the opera.