Wagner 1900 - An Interdisciplinary Conference in Oxford 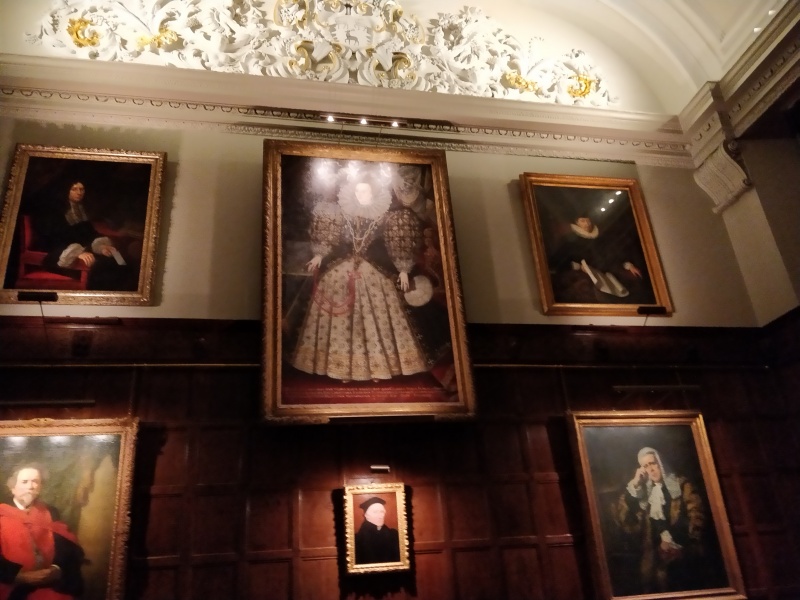 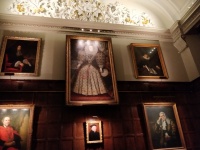 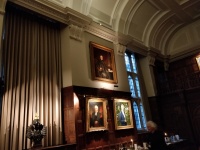 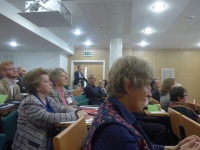 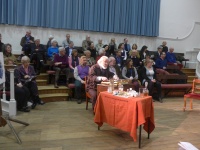 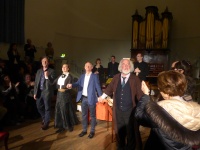 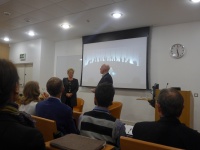 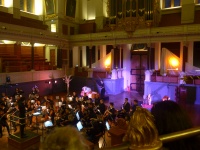 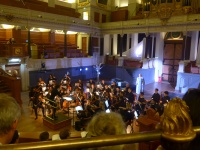 Almost 100 Wagner fans gathered together in a 16th century Oxford college to discuss all aspects of Wagner and Vienna 1900
This event brought together scholars and Wagner enthusiasts from all over the world to consider the effects of Wagner and his works on all aspects of art and culture in Vienna in the early 1900s – from music, to stage design, lighting, costumes, philosophy, psychology, literature and politics.  There was a particular focus on the 1903 production of Tristan and Isolde, conducted by Gustav Mahler and directed/designed by Alfred Roller. Furthermore, this could almost have been called an Isolde conference as considerable attention was paid to her (motivation, interpretations, psyche, costumes, hair etc.), with very little or no focus on Tristan.

The conference took place in the beautiful surroundings of Jesus College.  Founded in the 16th century, this was the first Protestant college in Oxford and one that has since become known as the “Welsh” college, due to the large number of students from that country.  Participants were fortunate to dine in the magnificent dining hall (see photos) and to stay in modern accommodation within the college walls.

The conference was sponsored by the Richard-Wagner-Verband International along with the London Wagner Society, Jesus College, the University of Oxford Faculty of Music and the Mariann Steegmann Foundation.   The conference was organized by Anna Stoll-Knecht, a post-doctoral Fellow at the University of Oxford engaged in research on Mahler’s interpretation of Richard Wagner, ably assisted by Lukas Beck, Samuel Budnyk and Aleksandr Rodzianko, all postgraduate students at the University of Oxford.  There were several well-known British, European and American Wagnerians present, including a substantial contingent from the London Wagner Society, and the conference was also delighted to welcome Dagny Beidler and Eva Rieger, the latter giving a paper (see photo).  Andrea Buchanan and Selma Gudmundsdottir from the Board of the RWVI also attended.  The final event was a Q&A with Susan Bullock who good-humouredly shared some of her experiences of singing Wagner over many years.

Along with keynote speeches given by Barry Millington on Manifestations of the Gesamtkunstwerk in Fin-de-Siècle Vienna and Patrick Carnegy on Tristan and Isolde, Vienna 1903: Mahler and Roller’s Abrogation of Wahnfried, participants heard a large number of varied and fascinating short papers delivered over three intense days.

There was considerable interest in the 1903 production of Tristan, with its groundbreaking set designs – influenced naturally by the works of artists of the Secession – radical new lighting and artistic interpretation, particularly that of Anna Bahr-Mildenburg’s Isolde.  This production represented a complete break with the hitherto dominant “Bayreuth” style of staging Wagner, setting the stage for a completely new way of presenting and performing opera in the 20th century.

Some of the outstanding contributions included Nicholas Vazsonyi on Tristan and Isolde and Death in Venice, examining Thomas Mann’s potential reaction to Tristan through the decay and decline of von Aschenbach, Peter Franklin’s Beyond the Magic Theatre: Reconsidering a Fin-de-Siècle Wagner in Vienna 1933; Roger Allen on Wagner and Wagnerism in fin-de-siècle Vienna: Houston Stewart Chamberlain and the foundations of the nineteenth century and Karin Martensen’s Anna Bahr-Mildenburg: the dark Isolde.  Eva Rieger’s paper, on Cosima Wagner’s interpretation of Isolde in comparison to Anna Bahr-Mildenburg, Frida Leider and Rosa Sucher also deserves a special mention.

On the second and third evenings of the conference participants were treated to two outstanding and unusual performances.  The first consisted of two parts – beginning with a piece entitled The Art of Love : Alma Mahler’s Life and Music “a sequence incorporating music” by Alma and Gustav Mahler, Zemlinsky, Webern and Wagner with linking texts by Barry Millington.  This was admirably and sympathetically performed by Rozanna Madylus, a fine singing actor.  The second was a performance of Kokoschka’s Doll, a recent work composed by John Casken, with text by John Casken and Barry Millington, with the embittered Kokoschka looking back over his doomed love affair with Alma Mahler.  The music was provided by Counterpoise (violin, trumpet, saxophone/clarinet and piano) and Kokoschka was superbly and movingly performed by the indefatigable Sir John Tomlinson.

On the last evening, we were privileged to see the short opera Isolde - paying homage to the 1903 Mahler/Roller production, about which so much had been heard and discussed over the past three days.  Given the severe limitations of Oxford’s octagonal Sheldonian theatre – the young director, lighting, set and costume designers and conductor managed to create a suitably dramatic atmosphere, with the reduced orchestra performing some of Wagner’s most haunting music fearlessly, sympathetically and mostly beautifully.  John Warner, the young conductor, had arranged all the transitions and displayed a mature command of the music, showing great future promise.

There was no Tristan in this opera, with the music drawn from scenes where Isolde and Brangäne alone were present.  Both singers performed very well, drawing huge support and applause from the audience.  Kirstin Sharpin, winner of the 2015 RWVI Gesangswettbewerb, sang her first Isolde with power, grace and excellent musicality, while Mae Heydorn gave us a thrilling interpretation of Brangäne.  Both acted in the style of the 1903 production, using strong body - especially arm - movements and great expression.

This was a fascinating and valuable conference, not least because the organisers had created a warmly informal atmosphere which encouraged a great deal of interaction among the participants.  We were afforded the opportunity to agree, to argue, to catch up with old friends, to make new ones – all in the ancient splendor of Oxford and the passionate spirit of Wagnerism.

The photos will give some idea of the conference and the evening events.  The full programme, giving a brief overview of all the papers is appended below.