Derek Watson, Former Chair of the WS Scotland has died 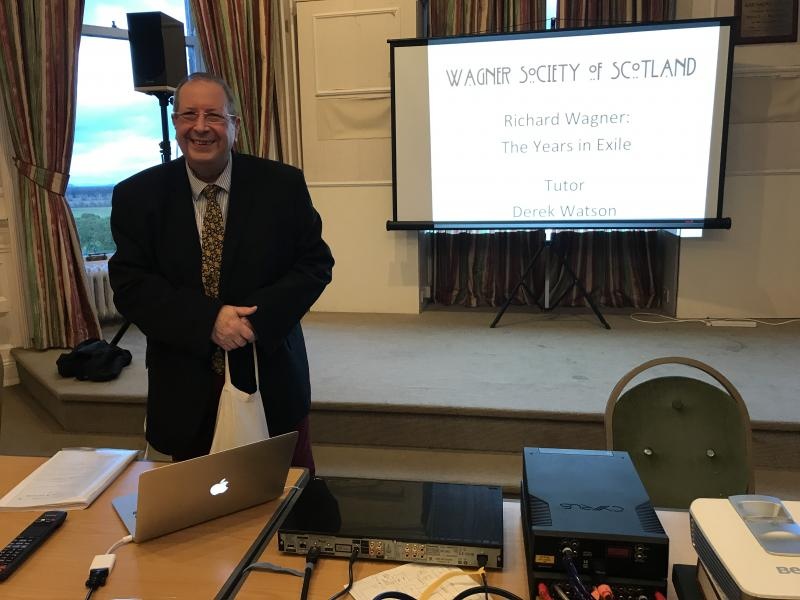 Many of our RWVI members will remember Derek with fondness and admiration.  The tribute below was written by Dale Bilsland, who succeeded Derek as Chair in 2013.

The Wagner Society of Scotland is deeply saddened to report the sudden death on 17th September 2018 of our founder Derek Watson.

Derek Watson, a music graduate of Edinburgh University and the Royal Academy of Music, London was a true giant of the Arts in Scotland – composer, teacher, actor, writer, lecturer and speaker. He ran regular opera courses since 1974 on the topic "Introducing Opera" and still found time to run a village bookshop in the Scottish Borders. He is the author of books on Wagner (for which he is regarded as an authoritative biographer), Bruckner, and Liszt and has written extensively on aspects of opera.

He founded the Wagner Society of Scotland in 1984, initially as a branch of the Wagner Society, London, and then as an independent Society from 1996. He served as Chairman until 2013 when he retired to pursue his many other interests. He continued to conduct the Society’s annual residential Study Course.

Opera is for all!  Discover the richness and variety of a truly diverse art form!