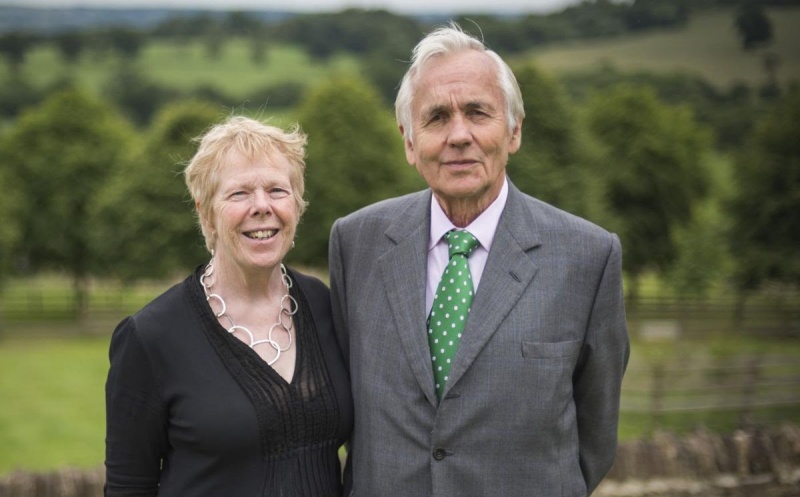 The London Wagner Society's prestigious annual Reginald Goodall Award for achievements in Wagner Opera will be presented in 2019 to Martin and Lizzie Graham
The Sir Reginald Goodall Memorial Award is presented to individuals or theatre groups considered by the Society’s committee to have been of outstanding service to Wagner and his music in Great Britain.

This award will be presented at the Society's annual dinner on 20 March in London (see our events listing for details).

Martin and Lizzie Graham started promoting opera in the grounds of their home in 1991 as Banks Fee Opera. They are still very much involved in the day-to-day running of the Festival, which now takes places in a purpose-built opera house.

Longborough Festival Opera is now an established opera company, situated in the heart of the Cotswolds. Its intimate auditorium seats 500 people, enabling the audience to experience the drama and emotion on the stage on an almost personal level. This has firmly secured Longborough's summer season into the diaries of a loyal and ever increasing audience. Audiences have grown from 400 in 1991 to more than 7,500 in 2015.

Longborough Festival Opera is a privately funded opera company; with no public subsidy, the organisation relies on ticket sales and the generosity of its members and audience. Longborough has long been known for showcasing upcoming Wagner singers.

Throughout Longborough's history, Martin and Lizzie have achieved what some might have said to be impossible – in 2013 they presented a full-length production of Wagner's Ring Cycle with minimal budgets but to great critical acclaim. The success of the Ring Cycle was a landmark for Longborough Festival Opera: it created a new momentum, as audience and performers alike wanted to come back for more.

This year LFO will embark on a brand new Ring Cycle with performances of Das Rheingold scheduled for June 2019.  The full cycle will be performed in 2023.

For further information including how and when to buy tickets, visit www.lfo.org.uk