Invaluable collection of Wagner recordings and other memorabilia for sale 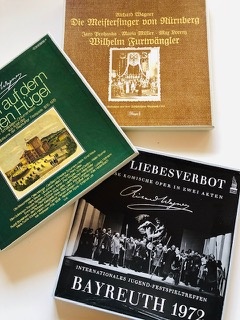 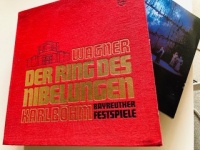 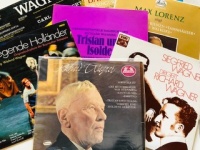 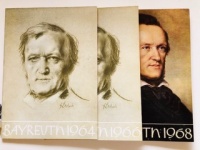 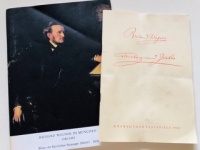 We have received a letter offering an interesting collection of unique Wagner memorabilia, including recordings, programmes and other material.
Letter from Jutta Janusch

We are managing the disbursment of the estate of our dear deceased colleague, Dr. Franz Oexle, former Editor-in-Chief of the Südkurier - a daily newspaper in Konstanz/Germany. He was a great lover of classical music and of Richard Wagner in particular. Richard Strauss, Bruckner and Mahler were also among his preferred composers. The Bayreuth Festival, along with the opera houses in Munich and Vienna were among his favourite places; especially Bayreuth and Munich.  He regularly wrote reviews for the cultural sections of various newspapers and was in close contact with well-known interlocutors, including Verena Lafferentz-Wagner.

With this in mind, we should like to find homes with interested parties for his collection of classical recordings, including special interpretations of Wagner works, which formed the basis of some of the reviews and professional critiques. In times of cultural change due to a new digital age, it is not easy to find people who might be interested - and that is why we are addressing primarily Wagner fans who are interested in such traditional recordings and who also have a connection to them.

You will find below a list of the written works in German along with a list of the classical records. All the prices quoted are negotiable - above all we want to find appreciative homes for this material.  The photos illustrate some of the Wagner box sets and LPs, which are all in the best condition.