A new publication from the WS Frankfurt-am-Main 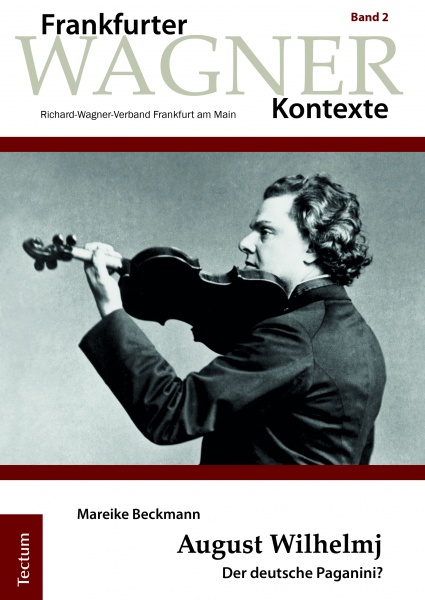 Volume 2 in the series "Wagner Contexts" is now available
This volume is dedicated to the violinist August Wilhelmj (1845-1908). He was regarded as one of the greatest violinists of his time and had a decisive influence on Richard Wagner.

Volume 2 of the Frankfurt Wagner-Kontexte series published by the WS Frankfurt focuses on another representative of the New German School of the 19th century. Author Dr. Mareike Beckmann, who studied the violin from the age of 7 and later studied at the music academies in Würzburg and Frankfurt am Main, dedicated her dissertation to the violinist August Wilhelmj, born in 1845 in Usingen, Hessen. Like Alexander Ritter, the protagonist of the opening volume of the series published in July 2018, he is a representative of a current that leads from a conservative-absolute understanding of music to the programmatics of music of the future.

Wilhelmj had a formative influence on the style of the later Bayreuth master. "The tears in my eyes may tell you that for which my mouth finds no words". Richard Wagner's praise was thus directed at this innovator of violin playing, who in addition to his solo world career was also an excellent orchestra manager. In 1875 Wagner commissioned him to assemble the first Bayreuth Festival Orchestra. Two years later, the highly esteemed concert master performed the London Wagner Concertos at the Royal Albert Hall. This revolutionary violinist was thus beyond his organisational abilities an inspiration for the revolutionary of music theatre.

The above is an extract from a much longer piece on our German site.  Those interested in and capable of reading the full text should click here.