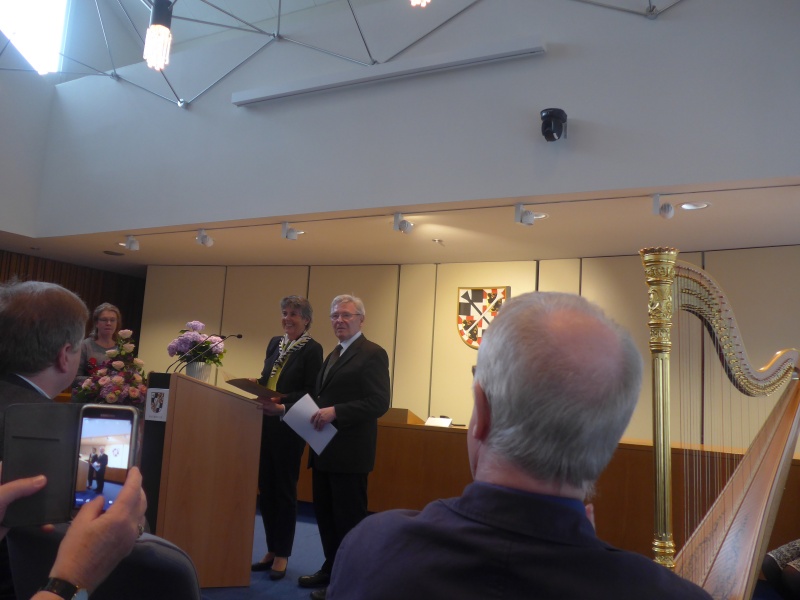 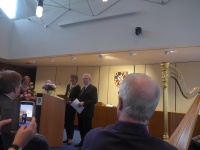 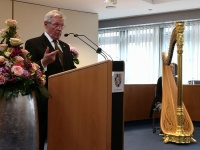 Dr. Bauer had been working on his history of the Bayreuth Festival, published in 2016, since 1989 after  suggesting the idea of putting together this work to Wolfgang Wagner.   Wagner was overjoyed and reacted with the words: "I hereby appoint you chronicler of the Festival".

Dr. Bauer was for many years Head of Press at the Bayreuth Festival and then became General Secretary of the Bavarian Academy of Arts in Munich.

Photos: Dr.Oswald Georg Bauer and Mayor of Bayreuth Brigitte Merk-Erbe
Back to overview