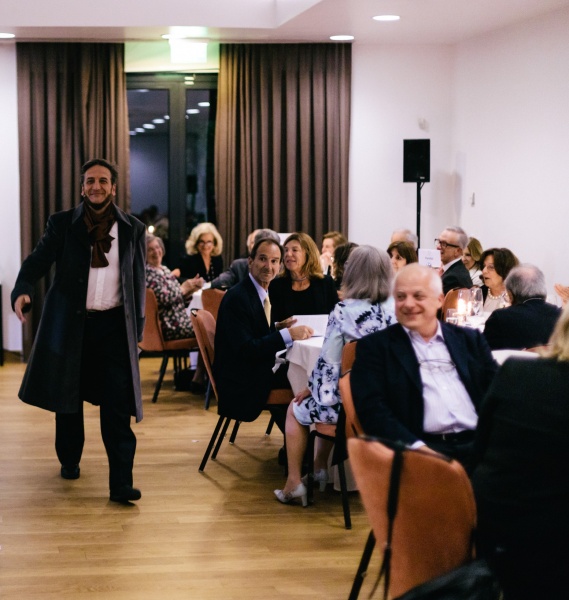 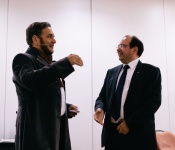 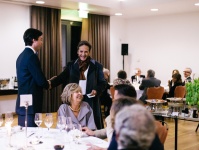 An exceptional and rather unusual birthday party for Richard Wagner was held on 22 May at the Hotel Tivoli in Lisbon (with sponsorship kindly provided by the Tivoli Hotels Group), which was attended by 98 people.

The evening began with a recital by a member of  the society, a professional baritone, and was followed by dinner.  During the meal to everyone's great surprise RW in person walked in, welcoming the guests to his 30th birthday celebrations. Some 25 people at the various tables had received a letter from RW - a personalised greeting to a friend/family member/ contemporary  e.g. wife Minna, mother, sisters, Brockhaus, Röckel, Schumman…

RW then moved from table to table talking to each recipient individually — telling them about his life, his work and his recent completion of the Tannhäuser libretto.

(A professional actor, another member of the Circle played the role of  RW with costumes from the Lisbon Teatro Nacional de Sao Carlos.)

"Richard" then invited all present to a fictional Engelklub meeting to take place on the 7th Dec 2019, where he would read the full libretto (as RW used to do). People were challenged to play the part of the various characters who might attend - philosophers, musicians,… including women (the Board had given the actor a list of RW's contemporaries likely to have been invited to this fictional gathering).

The Círculo Richard Wagner awaits the response to the invitation with curiosity.
Back to overview