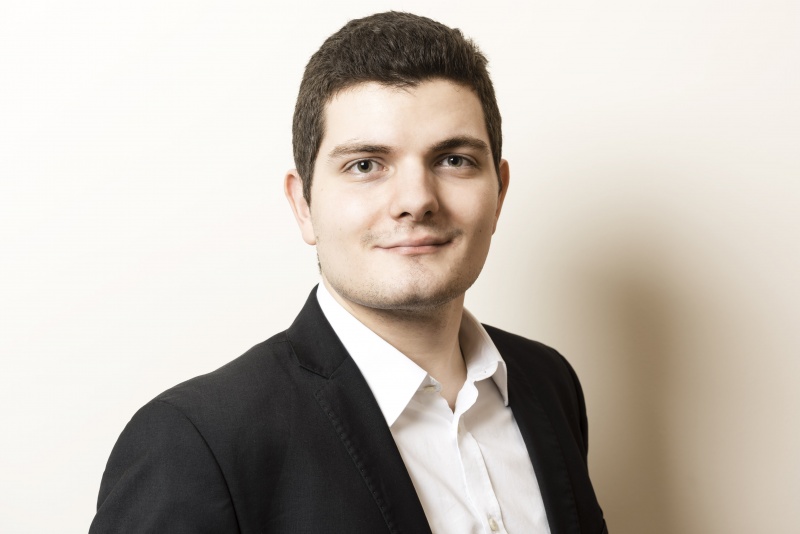 The winners of the Competition for the Wagner Prize of the Richard-Wagner-Stiftung Leipzig have been named. The Jury awarded a prize of 5,000 Euros
Photos: Robert Raithel
1. Alexander Kaul
2. Diana Rohnfelder
3. Jussi Juola
4. Minsang Chohttps://www.richard-wagner-stiftung-leipzig.de

The Leipzig Richard-Wagner-Prize for young artists for 2019 was awarded to the 23-year-old oboist Alexander Kaul from the Hochschule für Musik und Theater Rostock.

Alexander Kaul convinced the jury with his virtuoso, stylistically confident and technically flawless playing. He performed the English horn solo from Tristan und Isolde, solo pieces for oboe by Antal Dorati as well as the first movement of the oboe concerto by Richard Strauss  with a highly personal interpretation that was both poetic and intense. Technically and professionally he combined sensitivity and expressiveness, underscored by his in-depth knowledge of Richard Wagner.

In addition to Alexander Kaul, a scholarship for this year's Wagner Festival in Bayreuth was also awarded to the South Korean conductor and répétiteur Minsang Cho (30), also from the Hochschule für Musik und Theater Rostock.

Once again a scholarship financed by a member of the Richard-Wagner-Verband Leipzig, the Heinz-Arnold-Memorial Scholarship will be awarded this year to the Finnish bass-baritone Jussi Juola (31) of the Hochschule für Musik "Carl Maria von Weber" Dresden. Heinz-Arnold (1906-1994) was principal conductor and Opera Director at the State Opera of Saxony in Dresden from 1938 to 1950 and a Professor at the Carl Maria von Weber Academy of Music Dresden from 1946 to 1950.

The German bassoonist Diana Rohnfelder (26) from the Hochschule für Musik Detmold was awarded a "Special Jury Prize" for her exceptional performance.

"This year, the cross section of young artists with different, yet very strong performances was impressive, and we received the highest number of applicants to date", Thomas Krakow, Managing Director of the Richard Wagner Foundation Leipzig, was pleased to report. Krakow is especially grateful to Ralf and Iris Giesecke, who willingly opened their Wagner-Nietzsche villa in Leipzig-Plagwitz for this competition and were generous hosts.

The award ceremony took place on 5 May 2019 at 11 a.m. as part of a festive event during the Leipzig Richard Wagner Festival at the Leipzig Opera. The Richard-Wagner-Young  Artists Prize is awarded by the Foundation to young artists who have demonstrated above-average ability and an intellectual approach to Richard Wagner's work and world of ideas. The prize is endowed with 5,000 euros.

The Richard Wagner Prize is a sculpture made especially for this occasion by the traditional Leipzig bronze foundry Noack, created by the Leipzig artist Felix Ludwig after a model of the unrealised Richard Wagner Monument of 1913, which the Leipzig sculptor Max Klinger (1857-1920) had designed for Leipzig.


The members of the jury were: