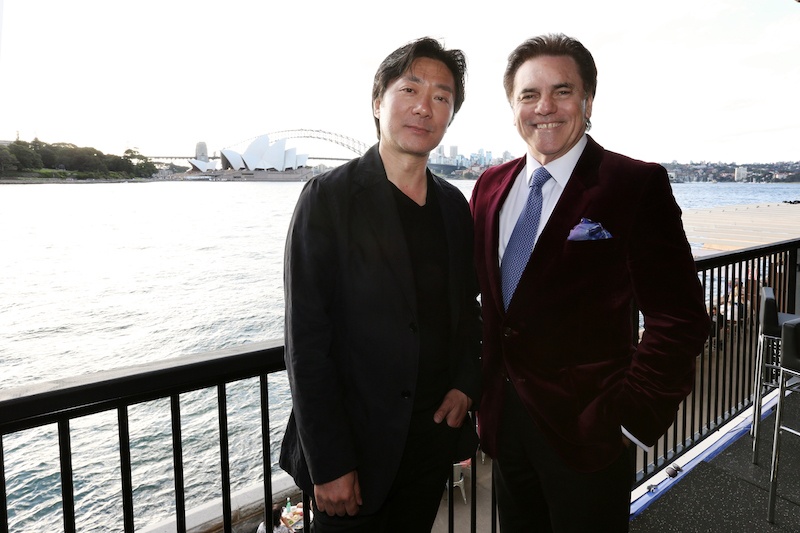 The company is to present a fully digital, 21st-century staging of Wagner’s epic tetralogy in Brisbane in 2020, directed by Chen Shi-Zheng
Photo of Lynton Terracini and Chen Shi-Zheng c Prudence Upton

Opera Australia is to stage a new production of Wagner’s Der Ring des Nibelungen in Brisbane – and this time it will be a fully digital production incorporating giant LED screens and state-of-the-art lighting. Presented in partnership with the Queensland Government and Brisbane City Council, three cycles of the epic tetralogy – Das Rheingold, Die Walküre, Siegfried and Götterdämmerung – will be performed at the Queensland Performing Arts Centre between November 10 and December 5, 2020.

OA had a big success with Neil Armfield’s Ring Cycle, which played in Melbourne in 2013 and 2016 under the baton of Finnish maestro Pietari Inkinen. Chen Shi-Zheng, who was born in China and now divides his time between Shanghai and New York, will direct the new production. Chen is known to Australian audiences for his popular 2016 production of Turandot for Handa Opera on Sydney Harbour.

“Creating a Ring Cycle is an extraordinary adventure, it’s exhilarating, challenging, stimulating and incredibly rewarding for all those involved, whether in the audience or on the stage or behind the scenes, it’s an amazing ride for everyone,” said OA Artistic Director Lyndon Terracini.

“And for Brisbane 2020 we’ve amassed an incredible team to bring this production to the stage. Not least our fantastic Director, Chen Shi-Zheng, along with a cast of the finest singers, specialists in their interpretations of Wagner’s characters, and an amazing orchestra that we have created in partnership with the Queensland Symphony Orchestra and the Queensland Conservatorium, Griffith University.”Describing the Ring Cycle as the “Everest” of operas, Terracini told Limelight that it makes sense to take a digital approach to Wagner’s towering, demanding work. “As we know the Ring Cycle is always expensive and there are always limitations. How do you have a fake dragon coming out, and all of that sort of stuff?” he says.

Terracini believes the new Ring Cycle will work “extremely well” in Brisbane. “I was there for 10 years running the festivals [Brisbane Festival and Queensland Music Festival] and Brisbane has got fantastic events there now [by companies like] the Bolshoi and La Scala. They are attracting audiences from all over,” he says.

The conductor and cast will be announced in June. German tenor Stefan Vinke is tipped to return to the role of Siegfried, which he played in Armfield’s Melbourne Ring.“There are some pretty exciting people,” says Terracini. “There are some young Australians making their debuts in important roles, so I am excited about that, but also some of the great singers of this repertoire in the world. Obviously we want people to come to Brisbane to see it and I have no doubt they will.”
Back to overview