"How Siegfried killed the dragon, etc" - a French musical offering for all ages 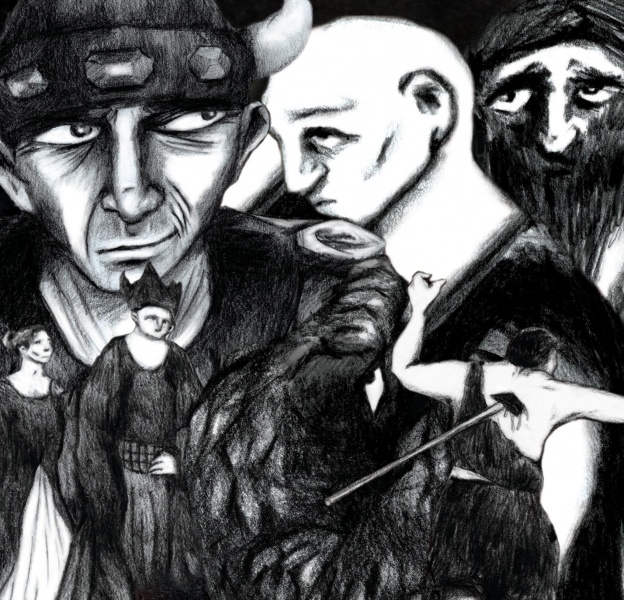 Founded more than 15 years ago, Le piano Ambulant is a collective of classical musicians trained in French  music conservatoires and endowed with an adventurous and creative "little grain of madness".  The company is composed of a nucleus of five core musicians (piano, violin, cello, flute, oboe, frequently enriched by a modern and playful instrumentarium) to which are added - according to the requirements of individual projects - loyal accomplices in the form of actors, directors, musicians and visual artists.

Their aim is to revisit so-called repertoire works with respect but also with a kind of impertinence, thanks to unpublished transcriptions that they make ourselves that often lend themselves to original staging. The aim is to share their shows by breaking down sociological and cultural barriers and they do their best to play almost anywhere by developing a unique know-how. They can as easily play at the Philharmonie de Paris, the Opéra de Lyon or in any other venue, as at a village festival hall or an open-air festival.

The key message is that they play classical music "elsewhere and differently" and for all audiences!

Why was the musical tale "How Siegfried killed the dragon etc" from Wagner's Tetralogy created?

It works perfectly: Wagner's music opens up inner landscapes in which the listener walks as if in a dream. It seems to be sufficient on its own to create a whole universe, which is ultimately paradoxical for a composer who theorised about and dreamed of "total art".

The narration is given its due prominence thanks to a very old and very fashionable process of Wagner's time (Liszt practiced it a lot): melodrama, i. e. the spoken text, associated with music.

The initial show was entitled "Sur le Ring" which was 1 hour and 45 minutes long: this version offered a varied interpretation of the four days of the Ring, with very different and sometimes unexpected angles of attack, ranging from a pseudo-polar to Paul Auster and including Leo Tolstoy.

Thus was born "How Siegfried killed the dragon and so on", a musical tale of 1h10 that has already played many times all over France (notably at the Philharmonie de Paris); it has also been recorded for the Paraty label.

The company would now like to present this show in scenes abroad because they want to promote Wagner's work throughout the world and to as many people as possible. Their dream: to play at the Bayreuth Festival!

N.B.: The French texts of the show can be translated or surtitled according to need and the requirements of the venues.