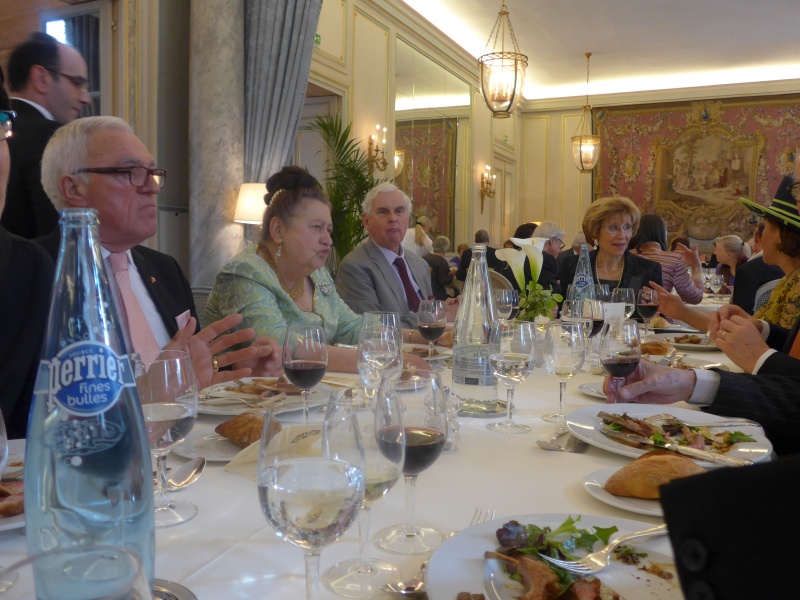 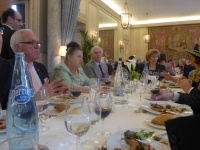 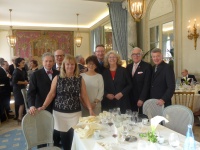 The Cercle Wagner of Paris hosted an unforgettable weekend on 5/6 March to celebrate its 50th anniversary.
By Andrea Buchanan, Member of the Committee of the RWVI, Wagner Society of London

Paris opened its arms to the RWVI over the weekend of 5 and 6 March and welcomed nearly 200 Wagner lovers to celebrate the 50th anniversary of the Cercle Wagner of Paris - the first non-German Wagner Society in the world.

Presidents and other representatives of Wagner Societies from France, Belgium, Germany, UK and Iceland joined Eva Wagner-Pasquier, Honorary President of the CW Paris, Horst Eggeers, President of the RWVI, Josef Lienhart, Honorary President of the RWVI, other members of the RWVI Committee, and two large groups of WS members from Leipzig and Frankfurt to enjoy a weekend of fabulous opera, a superb anniversary concert and a sumptuous celebratory lunch.  All of this was presented with extraordinary style and panache, thanks to the organisational efforts of the Paris WS Board and in particular, its President, Madame Annie Benoit.

The festivities began with an unforgettable performance of Die Meistersinger at the Opéra Bastille.  This production, new to Paris and a co-production with the Salzburg Festival and the New York Met, was directed by Stefan Herheim, and outstandingly conducted by Phillippe Jordan.  It is very rare to get any sort of consensus of opinion regarding productions of Wagner operas from members of Wagner Societies, but this came really close!

Events on the following day comprised a concert, official anniversary speeches and a wonderful lunch in the outstandingly elegant surrounds of the exclusive Cercle de l'Union Interalliée.

The concert was framed around the official speeches, given by Annie Benoit,  Eva Wagner-Pasquier, Clym (Vice-President and founder member of the WS Paris), and Horst Eggers.  Many fine memories of the early days of the society were evoked and a well-deserved tribute was given by Horst Eggers, who presented Annie Benoit with a commemorative certificate and a medal.

Florence Delaage, a pianist with a noteworthy career,  had begun the event with several transcriptions from Wagner operas by Franz Liszt.  After the speeches, the concert came to a rousing end with a fine performance by the Secession Orchestra - under the musical and artistic direction of Clément Mao-Takacs, performing, among other pieces, a moving Siegfried Idyll and the Good Friday music from Parsifal.

I returned home utterly exhausted, yet glowing with the memories of an unforgettable and highly enjoyable celebration in the city of Paris.  Thank you so much to those who made it possible.
Back to overview