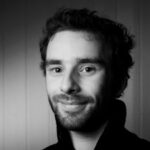 All talks begin at 18:30 and conclude at 20:30 with a short break halfway through

Our Bayreuther Stipendiat for 2019 was Michael Graham. Michael is a conductor and composer based in Edinburgh. He studied Music at the University of Edinburgh, graduating with a Bachelors degree in 2013 and a postgraduate Masters in 2015. He has studied with some of the UK’s leading conducting teachers, including Alasdair Mitchell, Sian Edwards, Gary Walker and Denise Ham.

Early in 2019, Michael was honoured to be awarded the Wagner Society of Scotland’s Bayreuth Scholarship to fund music studies in Germany in August. He has thrice received Young Conductor’s Awards from the Association of British Choral Directors and recently completed a placement with the Strathclyde University Chamber Choir through the Association’s Apprentice Conductor scheme, with mentorship from Alan Tavener. He was awarded the Ian-Pitt Watson Conducting Prize in 2013 and has also received travel bursaries from the University of Edinburgh and Early Music Forum of Scotland.

Michael enjoys a portfolio career in music and currently conducts the Bathgate Concert Orchestra, Falkirk Tryst Orchestra, Edinburgh Mandolin and Guitar Orchestra and Edinburgh Recorder Ensemble. Alongside composition and arrangement work, he regularly collaborates in chamber music projects and is active as an accompanist and church musician. He also writes as a reviewer for several music publications including the British Society of Eighteenth Century Studies.

Michael's talk will be delivered online over Zoom, free to RWVI members and visitors. Start and end times for talks are published on the Wagner Society of Scotland website. To book a place in the talk, and to see future events run by the Society, please visit our website at https://wagnerscotland.net/events/programme-autumn-2020-summer-2021/
(JPG / 0.01 MB)
Back to overview

Katharina Wagner returns - comeback on the Green Hill
The Süddeutsche Zeitung has announced that Katharina Wagner has returned to work at the Bayreuth Festival
learn more
Wagner Society of Scotland events move to Zoom
While government Covid-19 pandemic social distancing restrictions remains in force, all our events, including our December AGM will be delivered online via Zoom, free of charge to members
learn more
Cercle Wagner Belge Francophone - death of Georges Roodthooft
It is with great sadness that we learn of the death of Georges Roodthooft, Honorary President and founder of the Cercle Belge Francophone Richard Wagner
learn more
Rescheduling of Brisbane Ring to 2021
Opera Australia have announced new dates for their much anticipated Ring in Brisbane
learn more
News from and congratulations to the WS New South Wales
This year marks the 40th anniversary of the WS New South Wales. Following a recent Board meeting, they have a new President and officers.
learn more
This website uses cookies to enable certain features and to improve the offer. By continuing, you agree to the use of cookies. More information.