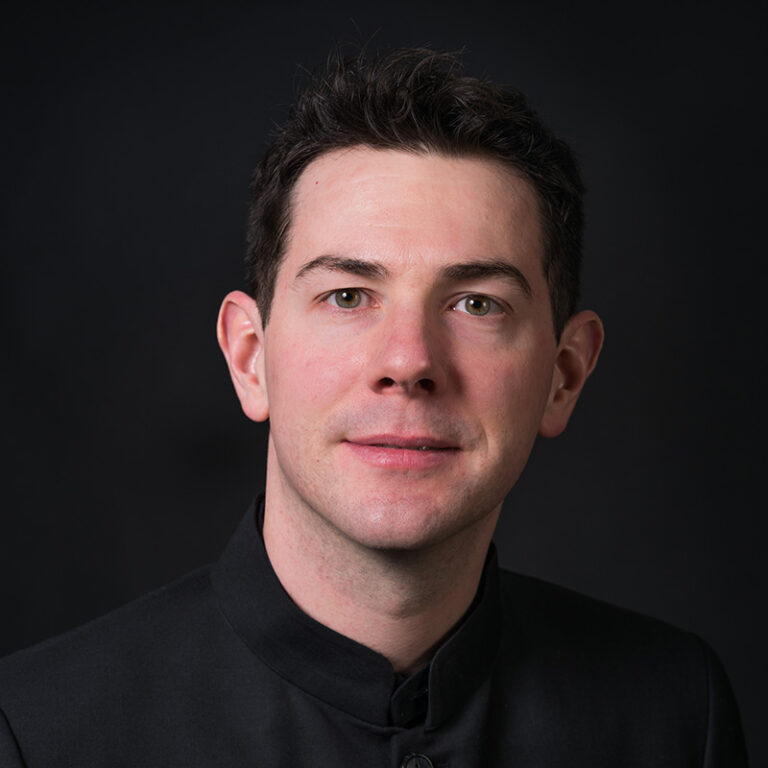 Wagner in Miniature
Tomas will give a brief overview of the history of playing Wagner's works in reduced orchestration, followed by an account of how the Mahler Players, a chamber orchestra based in the Highlands, have done this in practice with works like Die Walküre Act 1 and "orchestral fantasies" on Götterdämmerung and Parsifal. Then a brief introduction to the "Symphony: Richard Wagner in Venice", a recently commissioned work by Matthew King, which makes use of late unfinished sketches by Wagner. The Symphony will form the subject of a full talk by Professor King to the Wagner Society Scotland on 16th January 2022.

Tomas Leakey is the Music Director of the Mahler Players, a Highland-based chamber orchestra which he founded in 2013 and with which he has conducted many performances of works by Mahler, including Symphonies 1, 4, 5, 9, Adagiofrom 10, Das Lied von der Erde and most of the other song cycles. He has also commissioned and given the world premieres of several new works, including Birth-Rebirth by leading Scottish composer Stuart MacRae. The orchestra was described as “outstanding” and “Scotland’s best-kept musical secret” by Michael Tumelty in the Herald Scotland.

He is currently leading the orchestra through the Wagner Project, and in 2019 conducted three complete performances of Act 1 from Die Walküre, in a new specially-commissioned chamber orchestra version by Matthew King and Peter Longworth, with renowned soloists Peter Wedd and Claire Rutter.

Tomas began his musical life as a trombonist in the Highland Regional Youth Orchestra and studied conducting initially with George Hurst at the Sherborne Summer School of Music and then with Denise Ham at the London Conducting Academy. He undertook post-graduate study in orchestral conducting at the Royal Welsh College of Music and Drama and has taken part in a wide variety of masterclasses, including the Orkney Conductors’ Course with the late Maestro Alexander Vedernikov.

All meetings run 6:30pm to 8:30pm with a short break halfway through. To book, please visit our website Events page:  https://wagnerscotland.net/events/programme-autumn-2021-summer-2022/
Back to overview

Update on Wagner Congress Madrid 2022
A message from the organisers about this exciting forthcoming Congress in February 2022
learn more
WS Washington DC Alumnus to sing major Wagner role in Los Angeles
Issachah Savage, an alumnus of the Society's American Wagner Project, will sing the title role in the L.A. Opera's production of Tannhaüser from October 16 to November 6
learn more
WS Upper Midwest launches Music in Action program
This new initiative aims to bring an understanding and appreciation of Richard Wagner’s art to a broader audience through supporting young artists
learn more
News of a couple of new Wagner publications in English
With thanks to the Wagner Society of New South Wales, we note below some new and interesting books on Wagner in English
learn more
The RWV Munich celebrates exactly 150 years since the founding of its Wagner Society
learn more
This website uses cookies to enable certain features and to improve the offer. By continuing, you agree to the use of cookies. More information.