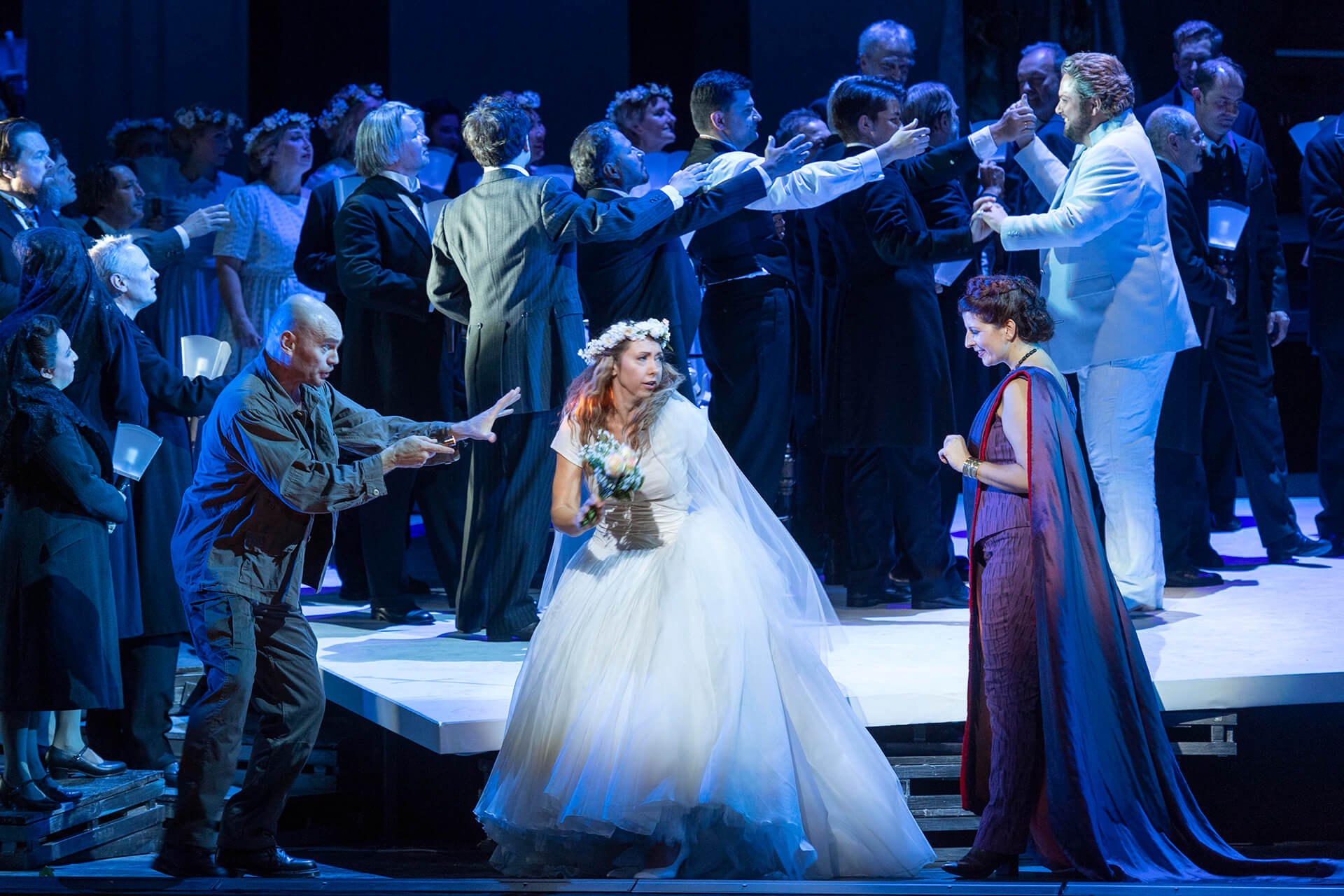 2015
Karlsruhe
The singing competition was held over the first weekend of October in glorious Autumn sunshine in the delightful city of Karlsruhe, coinciding with the celebrations of 25 years of German re-unification. A large group of Wagner Society members gathered to watch the events over three days, growing in size as the weekend progressed. There was a considerable contingent from France (the Wagner Societies of Paris, Marseille, Strasbourg and Toulouse were represented), the UK (London and Scotland), Singapore (on the lookout for singers for their 2016 production of Der fliegende Holländer) and of course a large number from various German Verbands. Several members of the Praesidium of the RWVI also attended.

In the event, Ms Shigeshima was unable to perform in the finals due to an unexpected work commitment and her place was taken by Maria Lobanova, a soprano from Lithuania.

After the semi-finals, several Wagner Society members, the singers and the jury repaired upstairs to enjoy a light supper and drinks. This was a delightful, informal occasion and was, in line with the rest of the event, very well organised.

On the evening between the semis and the finals, guests were treated to an outstanding concert performance of Act 3 of Parsifal with the Badisches Staatskapelle and the soloists from the production currently playing in Karlsruhe. The orchestra, conductor and soloists exceeded expectations, giving a stirring and moving performance and it proved to be unquestionably a delightful evening.

150 years jubilee in Vienna
Celebrations of 150th anniversary of the Richard Wagner Society in Vienna. A report from President Rainer Fineske.
learn more
R. Wagner and his wife Minna. The London letters
Eva Rieger gives a talk, via zoom, on Minna Wagner,.
learn more
An Interview with Katharina Wagner via Zoom
Wagner Society of Southern California. A live Interview with Katharina Wagner by John Mastrogiovanni. A zoom event.
learn more
Wagner Days in Venice 2022
Wagner Days in Venice, November 19th and 25th.
learn more
Wagner Society Budapest celebrates 150 years
The Richard Wagner Society in Budapest celebrated its 150th anniversary from 8.10 - 11.10. 2022
learn more
This website uses cookies to enable certain features and to improve the offer. By continuing, you agree to the use of cookies. More information.