London's Stipendiatin sings at the Last Night of the Proms 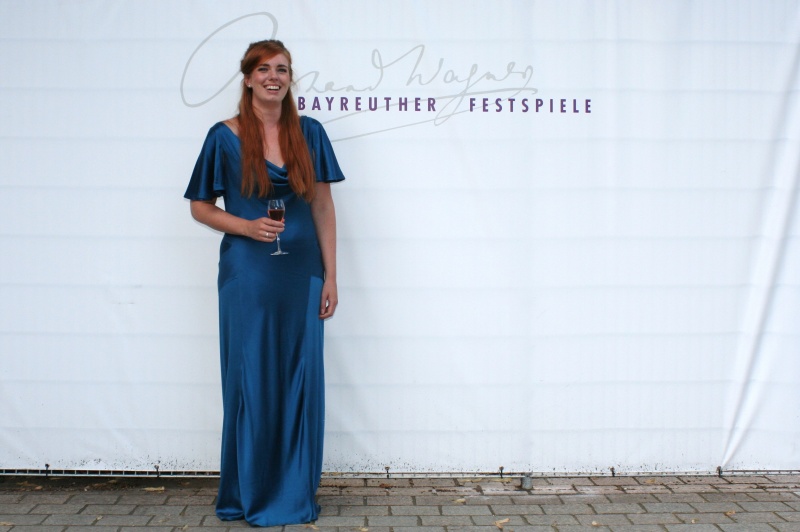 The Wagner Society's 2016 Bayreuth Scholar Katie Stevenson was selected, along with other gifted young artists, to sing at the world-famous Last Night of the Proms on Saturday September 10, 2016
Katie Stevenson, a 24 year old mezzo soprano, who won the Wagner Society's Singing Competition 2015, and who participated this August in the 2016 Stipendiatenwoche in Bayreuth, was chosen, along with 15 other exeptionally talented young singers to perform at the world-famous BBC Last Night of the Proms which was televised and broadcast in many countries around the world.

The group sang Ralph Vaughan Williams' Serenade to Music - a tribute to Henry Wood, whose name is synonymous with the Proms.  This piece is for 16 vocal soloists and orchestra and was composed in 1938. The text is an adaptation of the discussion about music and the music of the spheres in Act V, Scene 1 of The Merchant of Venice by William Shakespeare. Vaughan Williams later arranged the piece into versions for chorus and orchestra and solo violin and orchestra.

Each singer had a solo line or two and Katie performed hers with poise and great beauty.  Naturally, we are all very proud of this achievement.

Viewers in the UK can watch this on iPlayer for the next few days.  The piece occurs around 15 minutes into the second half of the evening's entertainment.