The Flying Dutchman in Singapore - a great success 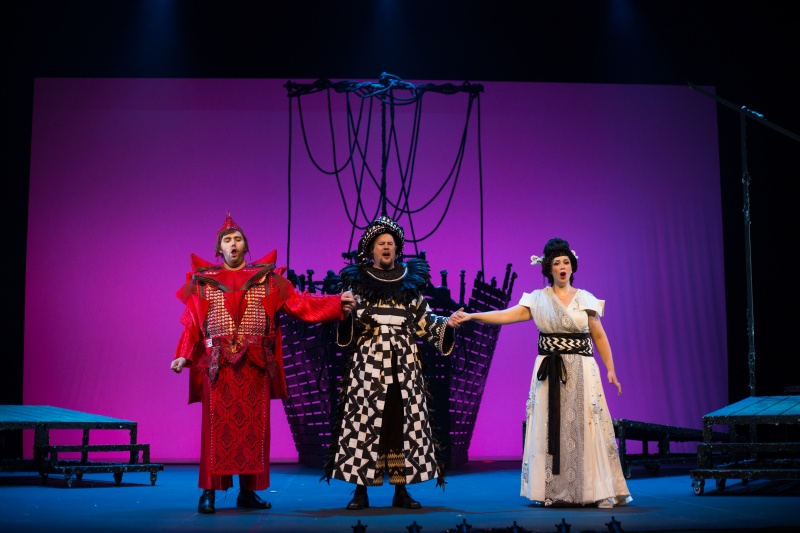 The first Wagner opera to be performed in Singapore premiered last week and was a great success. Members of the RWVI Board and other Wagner Societies were there to see it.

President of the RWVI, Horst Eggers, along with Eva Wagner-Pasquier, RWVI Vice-President Alessandra Althoff-Pugliese and board members Selma Gudmundsdottir, Andrea Buchanan and Matthias Lachenmann attended the premiere of the Flying Dutchman in the Victoria Theatre, Singapore on Sunday October 23rd.  Also present were Peter Haggblom, President of the Suomen Wagner-seura ry (Finland) with a party of 13 members, and Ms Hiromi Horiuchi, member of the Board of the Richard Wagner Gesellschaft Japan.

President Eggers and Eva Wagner-Pasquier were guests of honour at the occasion and all of us who attended from overseas were welcomed and feted by the Richard Wagner Association of Singapore, who held a number of events around the premiere in honour of the sponsors and donors, the invited guests, fellow Wagnerians from various countries and the cast and creative team.  These included a high tea at the residence of the German Ambassador to Singapore, a lively party after the premiere and an elegant lunch for Wagner lovers and the cast leads on the day after the premiere.  The warmth and hospitality shown to all of us by the Richard Wagner Assocation of Singapore was exemplary and we were truly honoured by the kindness and generosity of our hosts.

The opera itself exceeded expectations and proved a very fine and moving performance.  Staged Asian-style with considerable use of wyana kulit and shadow puppetry, stylised kelongs and stilt sets reflecting simple Chinese-shapes and colourful, exotic costumes by Max Tan (one of Singapore's most prominent young fashion designers) and Zhiying Yuan, along with dramatic lighting - the show was riveting to watch.  The opera was sensitively directed by two well-known Singaporean theatre directors (Chong Tse Chien and Glen Goei), and the commanding theatricality of the production held the attention of the audience throughout.

Maestro Darrell Ang did a fine job of conducting his local orchestra, while the small, but effective chorus (all Singapore residents) was directed by Albert Tay.

We were lucky enough to see both the European and Asian leads in two separate performances.  Ably coached by Alessandra Althoff-Pugliese, the young European singers gave fine performances, with a particularly memorable dramatic and exciting Senta from Kathleen Parker, who had performed so well in the 2015 RWVI Singing Competition (winning the Wolfgang Wagner and Audience Prizes).  The Asian cast performed enthusiastically, some showing distinct promise in their roles.

The Richard Wagner Association Singapore should be proud of this extraordinary achievement.  Much of the considerable work required to bring this show to fruition was done by volunteers, and in addition to the enormous task of simply making the show come together successfully, the society also conducted a number of outreach programmes, to introduce Singaporeans to the unfamiliar works and music of Richard Wagner.  This included working with children, engaging people in shopping centres and holding workshops, lectures, classes and sing-alongs.

It was a shame that so few of our members were able to attend, and we can only say that you all missed a real treat!  Perhaps when RWAS decide to put on their next Wagner opera, we can encourage many more of you to come along.