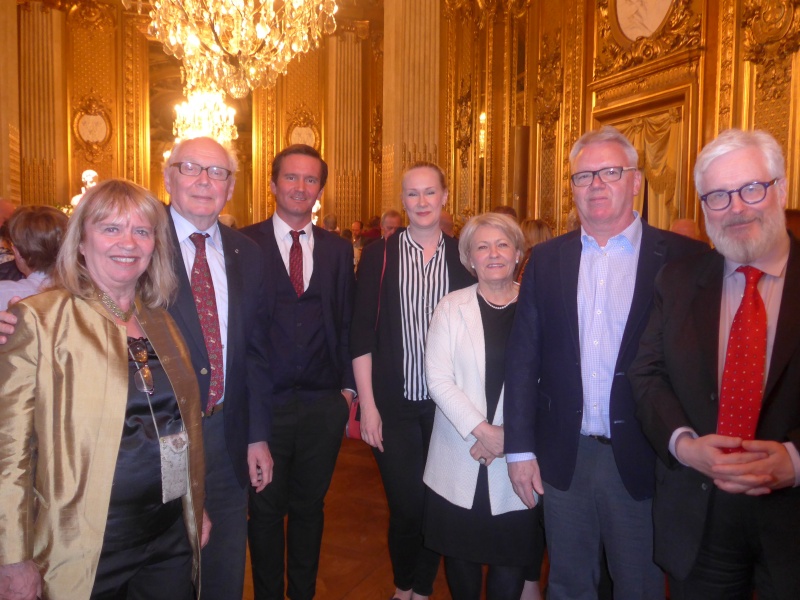 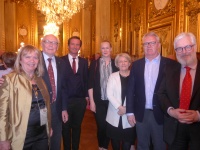 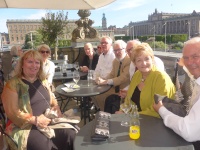 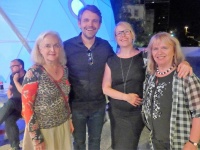 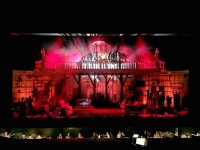 The Icelandic Wagner Society travelled to many different destinations this spring, to enjoy Wagner.
At the end of May, a group travelled to Stockholm for the Staffan Valdemar Holm Ring, for which it was very difficult to get tickets.(see photos). All the roles, with the exception of Falk Struckman‘s Hagen, were sung by Swedish singers. The most outstanding of course was Nina Stemme as Brünnhilde however, to name but a few, Katharina Dalayman, Michael Weinius, Lars Cleveman and Cornelia Beskow also shone.

In the course of a live broadcast of Walküre on Swedish Radio,  Wagner Society Presidents Selma Gudmundsdottir from Iceland, Peter Häggblom from Finland and Marianne von Hartmannsdorff from Stockholm were interviewed on the role and importance of the RWVI.

A few days after Stockholm, a group headed for Vienna to see Götterdämmerung at the Vienna State Opera with Peter Schneider conducting.

From there they travelled to Budapest to attend the RWVI Wagner Congress. This event was greatly appreciated by the Icelandic group. There was a very interesting production of Parsifal production in the Palace of Arts and two short Hungarian operas in the old and very beautiful Budapest Opera House. A good choice of sightseeing tours was offered to everyone's satisfaction and at the Congress opening as well as during a later event in the  Franz Liszt museum, participants were fortunate to hear outstanding young Hungarian musicians perform.

After Budapest, the Icelandic group flew to Karlsruhe to attend the premiere of Siegfried as part of the new Karlsruhe Ring, directed by four different young stage directors. The Icelander Thorleifur Arnarsson, a former Bayreuth scholar of the Icelandic Wagner Society, staged a most impressive Siegfried (see photos above). The sets, costumes, videos and lights were also in the hands of artists from Iceland.
Back to overview
This website uses cookies to enable certain features and to improve the offer. By continuing, you agree to the use of cookies. More information.