Schoolchildren enjoy an exclusive visit to a rehearsal in Bayreuth 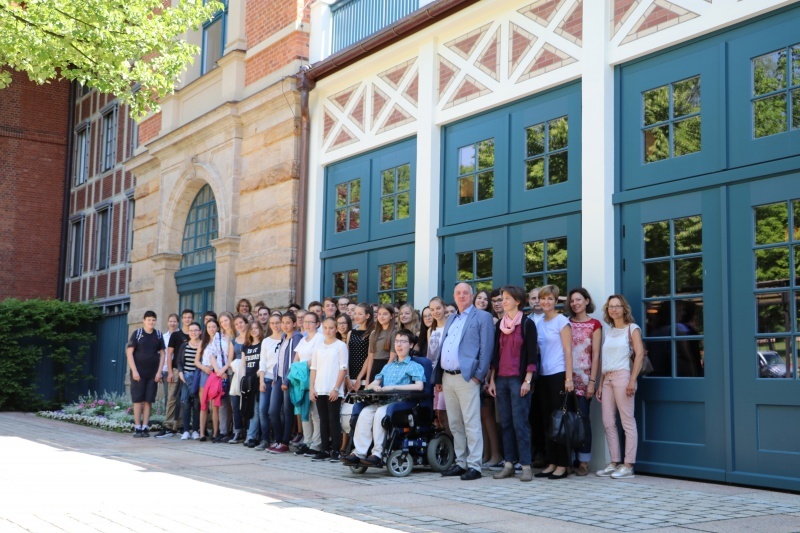 As part of the education programme of the WS Bayreuth, 50 schoolchildren were able to visit an orchestra and stage rehearsal of Das Rheingold.
Rehearsals on the green hill in Bayreuth for the 2017 Festival season are well underway. During this time, the doors to the Festival Theatre are locked, as guests and visitors are not admitted to the rehearsals.

Thus we are all the more grateful to Nicolaus Richter, President of the Richard-Wagner-Verband Bayreuth, that the Festival management agreed to his proposal. Boys and girls from the Margrave Wilhelmine High School, Bayreuth and the Municipal Music School, Bayreuth were given the opportunity to apply for an exclusive visit to a staged orchestra rehearsal at the Festival Theatre.

On 7 July, the 50 youngsters, aged between 11 and 15, who had been selected were able to breathe in the Festival atmosphere during a rehearsal of Wagner's "Rheingold". After almost three hours of rehearsal, conductor Marek Janowski took the time to answer questions from the students and gave the group a guided tour of the orchestra pit.