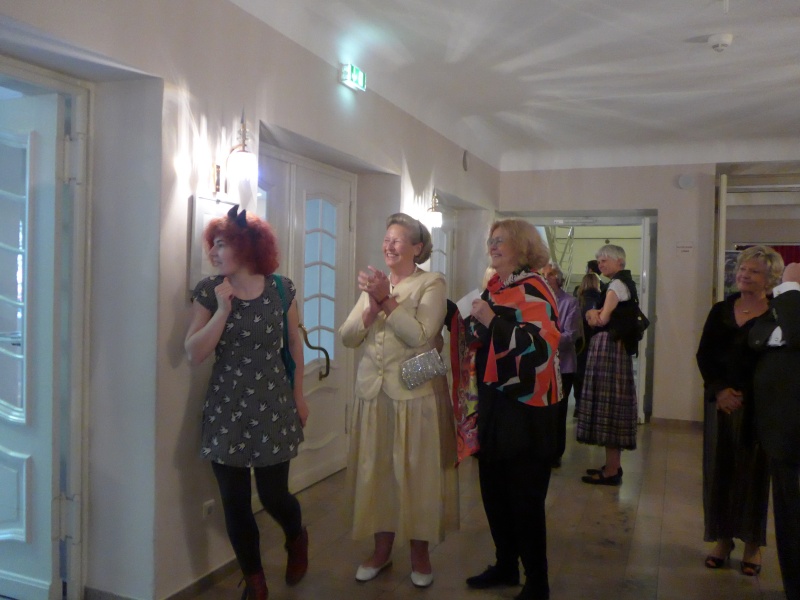 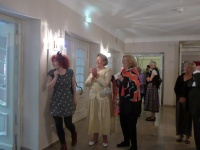 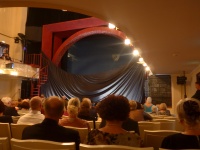 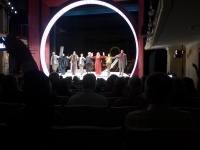 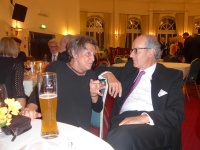 The premiere of Minden's Siegfried was held on Friday 8 September before an enthusiastic audience, including Eva Wagner-Pasquier and members of the RWVI Board
The premiere of the third part of the Minden Ring took place last week, with the new production directed by Gerd Heinz.  Frank Beermann conducted and the set and costumes were designed by Frank Philipp Schlossmann.

The Siefried of Thomas Mohr, the Mime of Finn Dan Karlstrom and the Brünnhilde of American Dara Hobbs were especially well received by the audience. All the other singers, along with the orchestra and creative team equally drew a standing ovation from the grateful and respectful audience.

Dr. Jutta Hering-Winckler, Chair of the Minden Wagner Society acted as the fully hands-on General Manager for this production, along, in her charming way, with the rest of this acclaimed Ring project.   In the past she has also successfully produced in Minden Der fliegende Holländer in 2002, Tannhäuser in 2005, Lohengrin in 2009 and Tristan und Isolde in 2012, thus earning the accolade of the "Wonder of Minden" from the press.

Eva Wagner-Pasquier was the guest of honour at the premiere.  Gisbert Lehmhaus and Selma Gudmundsdottir from the RWVI Board were also in attendance, along with former RWVI President Eva Märtson and Stefan Specht, Mamaging Director of the Scholarship Foundation.  Members of the audience had travelled from far and wide to attend, including notably Dr. Oswald Georg Bauer and Peter Werth from Munich, and Count Rainer von Seckendorff.

All those in the audience counted themselves fortunate that the "Wonder of Minden" forges ahead.

The photos show Dr. Jutta Hering-Winckler and Eva Wagner-Pasquier applauding the brass before the show, along with curtain calls and some of the guests at the after-show party.