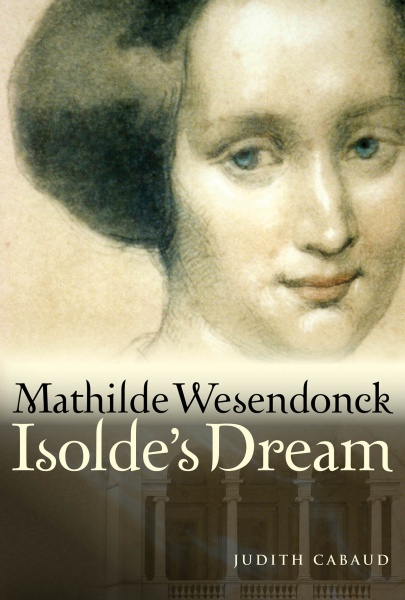 Recently published in the United States, this new work by Judith Cabaud calls on a host of undiscovered sources to tell the story of Mathilde Wesendonck, muse and paramour to Richard Wagner.
In or about August 1857, Richard Wagner’s character changed. He abandoned Der Ring des Nibelungen, the Gesamtkunstwerk he’d begun work on nearly a decade earlier, tore through a short set of songs now known as the Wesendonck Lieder, and dove headlong into Tristan und Isolde, “eine Handlung” whose influence would ricochet down the ensuing century of Western romantic music. Why the dramatic shift?

Wagner had been struck by lightning—twice. The first bolt was sighted across Europe; his name, Arthur Schopenhauer, is now familiar to many. The second was restricted to an insular social world centered at the estate of merchant and Wagner patron Otto Wesendonck. She was Otto’s wife; her name was Mathilde.

From 1852 to 1859, Wagner wrought masterpiece after masterpiece while basking in Mathilde Wesendonck’s glow. Until now, little was known about this seminal period, in no small part because Cosima Liszt, Wagner’s second wife, falsified or destroyed many of the relevant documents. Drawing on the contents of a long-lost cache, Mathilde Wesendonck: Isolde’s Dream sheds new light on Wagner’s greatest works, all the while painting a remarkable portrait of the effaced woman behind them.

Judith Cabaud was born in Brooklyn and received her BA (Phi Beta Kappa) from New York University. After studying at the Sorbonne in Paris and in Clermont-Ferrand, where she obtained her licence es lettres, she settled in France. For many years, she worked as a teacher, writer, journalist, and music critic at the Bayreuth Festival in Germany.

Judith Cabaud is available for interviews! For additional information and requests, please contact Steve Thompson at +1 973-337-5034 ext. 205 or sthompson@halleonard.com.

www.amadeuspress.com
www.backwingstore.com/wesendonck
Back to overview
This website uses cookies to enable certain features and to improve the offer. By continuing, you agree to the use of cookies. More information.