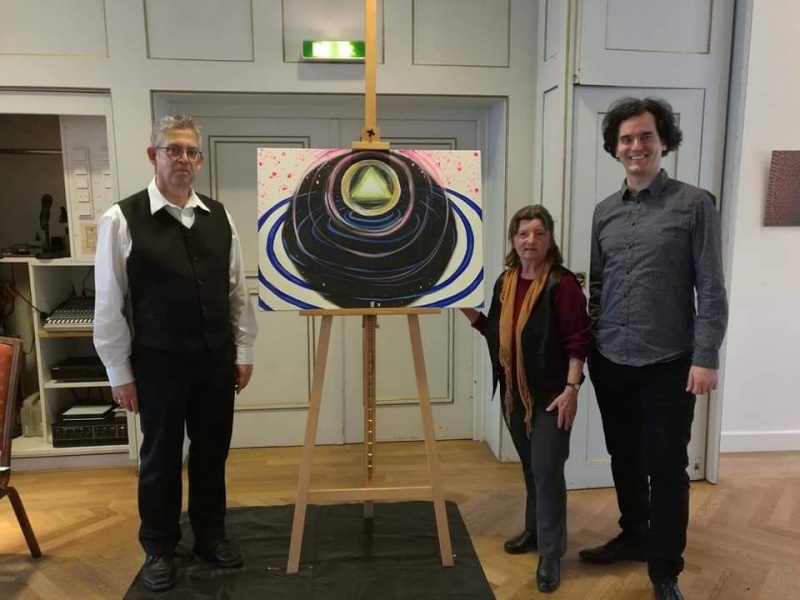 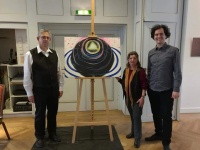 RWVI Wagner Societies have been familiar with our member and well-known Czech visual artist Vladimir Kiseljov, born in 1984, for a long time
In addition to the numerous exhibitions he has held at home and abroad, Vladimir staged Parsifal in Brno in 2008. He has been chairman of the Wagner Society of Brno for the past 11 years.

On 16 March, the WS Munich had the opportunity to accompany him while he created a work. The WSMunich invited him to a live painting session in the Künstlerhaus on Lenbachplatz, followed by an auction of the painting.

We watched with suspense as a much acclaimed masterpiece emerged within an hour from a simple black circle.  This took place to the music "Fratres" by Arvo Pärt.  Afterwards we went to the auction. Most of the participants expected that the picture would end up with a Bavarian Wagnerian, but in spite of the lively bidding, things turned out differently.

In the end the painting went to Dr. Jodl from Linz, the new chairman of the WS in that town. After numerous congratulations on her acquisition of this "masterpiece", Irene Jodl was able to elicit from the artist a promise to visit Linz.