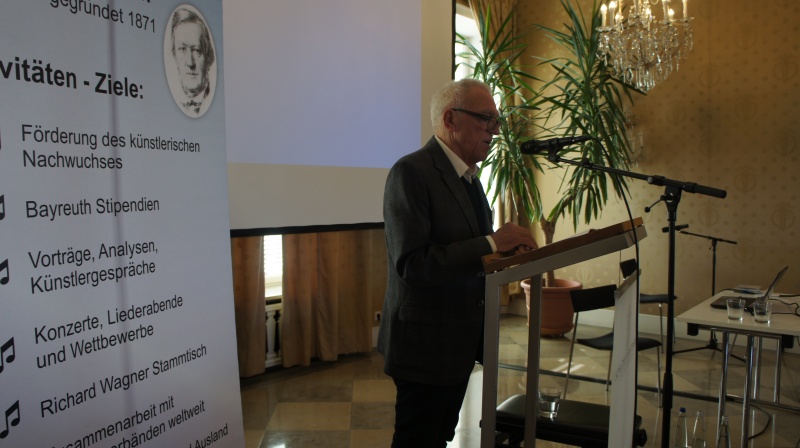 This year's topic "Wagner and Religion" drew over 90 participants and several expert presenters to a peaceful retreat house in the outskirts of Munich
Around 90 participants from Germany and Austria accepted the invitation of the WS Munich in co-operation with the Richard Wagner Association International to attend the 2019 Keynote Wagner Symposium, supported by the Wolfgang und Hedda Reuss Foundation. For the third time (in 2016 for "Richard Wagner as Politician" and in 2010 "I still owe the world a Tannhäuser") a group of Wagner enthusiasts gathered in the Catholic Retreat facility in the outskirts of Munich.

This time, the title of the Symposium perfectly matched the religious setting of the SchlossSchloss:

The six papers were on the topic, which had been chosen by the organiser, Karl Russwurm "Richard Wagner and Religion".