Performance of a Siegfried Wagner Opera at the Margravial Opera House, Bayreuth 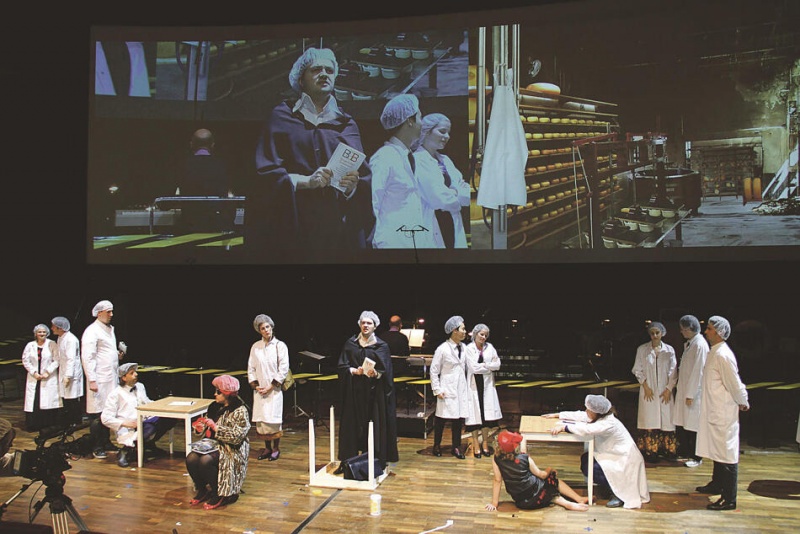 In the 150th anniversary year of the son of Richard Wagner, Siegfried's fairy tale "An allem ist Hütchen schuld" ("It's all the fault of the hat") was performed twice
"Genius in the Shadows" is the title of the standard work on Siegfried Wagner that Peter P. Pachl published many years ago, and which is still relevant today, illuminating and explaining the composer's 15 operas.

Naturally, the oversized shadow of the father loomed over the son, who had a very difficult time asserting himself. Peter P. Pachl has always stood up for his work and he never tires of promoting Siegfried's concerts and stage productions. For the most part, the works are nominally fairy tales and the music is enchantingly beautiful in places.

In Bayreuth, the Karlovy Vary Symphony Orchestra performed the work alongside the Philharmonic Choir of Nuremberg.

Peter Pachl himself directed the production. It was evident from the programme booklet that the project had numerous supporters not only from the public sector (City of Bayreuth, Upper Franconia Foundation, Government of Upper Franconia), but also from the business sector. In addition, Festival Director Katharina Wagner attended the performance on 10 August.   Bayreuth Mayor Brigitte Merk-Erbe, along with former Mayor Dr. Mronz and Horst and Inge Eggers were also present.

It is to be hoped that Siegfried Wagner's works will now be performed more frequently in the coming years.

(Karl Russwurm, Member of the Board of the RWVI, Chairman RWV Munich)