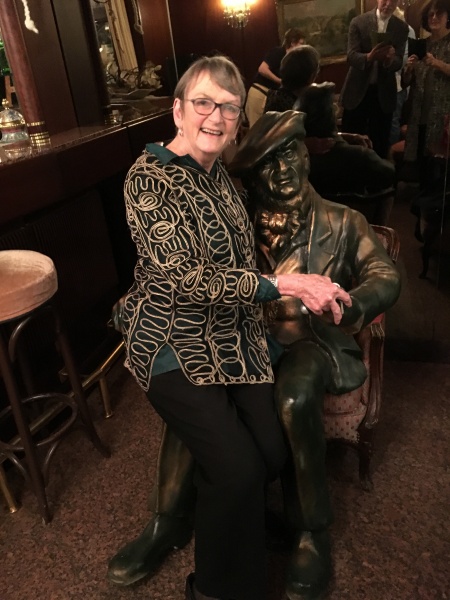 We received a statement from the Society in tribute to Jane

This report expresses sorrow at the recent death of our immediate past President, the Honourable Jane Mathews, who passed away on August 31.

Jane discovered Wagner and his music several decades ago and was keen to share her enthusiasm for his operas amongst her numerous friends. She had a number of records, particularly of the Ring, and held many parties which would feature sessions listening to Wagner’s music.  Guests would provide contributions of food and of course there was also wine to increase their enjoyment.

She enjoyed going to Bayreuth to meet other enthusiasts in the network of Wagner-lovers.  She was elected President of the NSW Wagner Society In recognition of her commitment.  Her contacts in Australia and around the world were always encouraged to come and talk to our Society.

Jane had been ill for a period and her death is a relief from pain. We will remember her as a great enthusiast for music, a long-term supporter of organisations such as the Sydney Symphony, an extremely generous donor to music in Australia and a committed lover of Wagner’s operas. We will miss her contributions deeply.

Jane Mathews was also a trailblazer for women in the judiciary in Australia, becoming the first female Crown prosecutor in New South Wales and the first woman to be appointed as a judge of a NSW court.

Here is a link to a news article celebrating her career achievements from the Sydney Morning Herald:
https://www.smh.com.au/national/trailblazing-former-judge-jane-mathews-dies-aged-78-20190902-p52n2d.html
Back to overview
This website uses cookies to enable certain features and to improve the offer. By continuing, you agree to the use of cookies. More information.