Josef Lienhart honoured by the City of Freibug 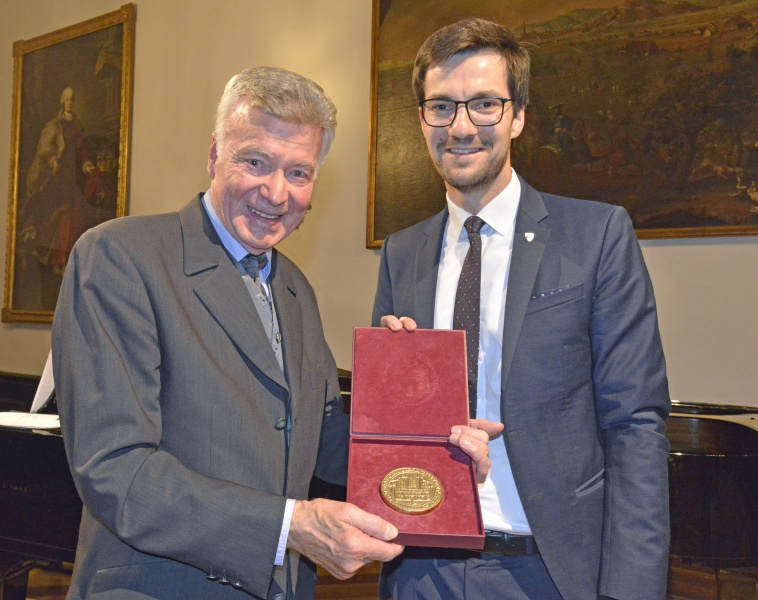 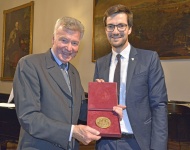 RWVI President Horst Eggers gave a speech on the occasion of Josef Liehart being awarded the Golden Seal of the City of Freiburg
Fotos: Michael Bamberger, Roland Kiefer

On behalf of my colleagues on the Board of the RWVI, I should like to thank you for inviting me to today's ceremony and I extend the warmest greetings of the International Richard Wagner Association and its 130 member Wagner Societies around the world with their 22,000 members.

The statutory tasks of the RWVI and the Wagner Societies, including the dissemination and continuation of the works of Richard Wagner, the promotion of young artists and the preservation of the Bayreuth Festival reflect most impressively the life's work of Josef Lienhart!

His parents encouraged his discovery of the works of Richard Wagner as a child and, as a 17-year-old apprentice baker and confectioner, he gave lectures on Wieland Wagner productions at the neighbouring Wagner Societies in Stuttgart and in Heidelberg.  Later, in the course of his voluntary work, he was invited by societies from all over the world!  It is typical of this excellent Wagner connoisseur that he can come up with a fitting literal quotation from Richard Wagner's works on almost any occasion.

A quotation from another Bayreuth personality , the poet Jean Paul, whom Richard Wagner admired very much, is appropriate at this point.

He said: "The deed is the tongue of the heart". Only in this way, dear Josef Lienhart, was it possible for you to translate so much of such importance into actions.

The CV for his commitment to Wagner is unparalleled:

Josef Lienhart is the Grand Seigneur of all Wagnerians.

He has earned by his achievements the eternal respect of  both the Wagner Societies and the RWVI and thus was awarded the title of Honorary President of the RWVI in 2008.

Today he is also awarded the "Golden Seal of the City" by his hometown Freiburg and is therefore a worthy ambassador of the city of Freiburg!

The RWVI and thus all Wagnerians worldwide are very proud of Josef Lienhart.

You can see the certificate below.


urkunde_verleihung_stadtsiegel_j._lienhart.pdf (PDF / 0.17 MB)
Back to overview
This website uses cookies to enable certain features and to improve the offer. By continuing, you agree to the use of cookies. More information.