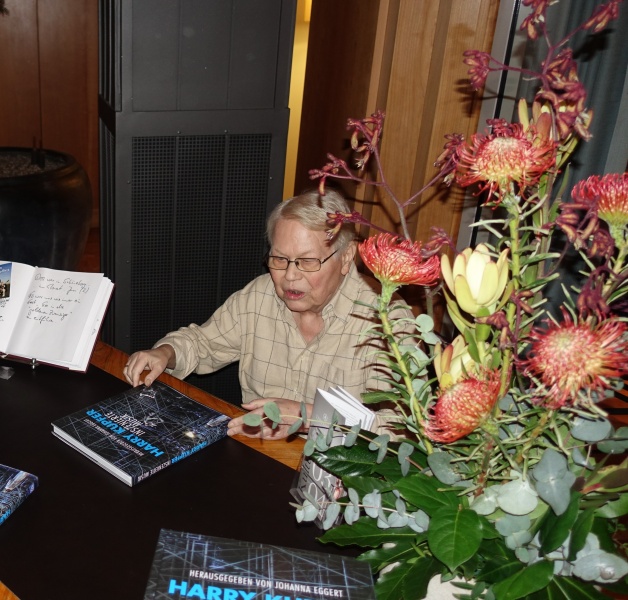 RWVI President Rainer Fineske has written a tribute to the recently deceased great Wagnerian stage director Harry Kupfer. We include a link to a further tribute by Monika Beer.
Obituary

On 30 December 2019, the internationally acclaimed director Harry Kupfer died suddenly and unexpectedly at the age of 84. One of the great personalities of music theatre has left us forever.

Despite his world career, Harry Kupfer always remained friends with "His Komische Oper Berlin".
His last production at this house was the opera "Poros" by Georg Friedrich Handel, which took place in March 2019 and was enthusiastically acclaimed by the audience after his absence of 17 years at this house.

For us Wagner lovers, he will be remembered above all as the director of the "Flying Dutchman" in Bayreuth in 1978, because this production marked the beginning of his international career.

With the "Ring of the Nibelung" in 1988 he resumed his work in Bayreuth 10 years later and, together with Daniel Barenboim at the helm of the "Mystical Abyss", staged a convincing production of the mythical material of the Nibelungen Saga by Richard Wagner.

He produced Richard Wagner's ten most important works at the Berlin State Opera in a cycle lasting several years, with Daniel Barenboim as Music Director of the house at the podium. According to his own statement, only Lohengrin was less memorable in this cycle than the other works of Richard Wagner.

Harry Kupfer was always honest and straightforward with his statements about life in general and opera in particular.

This could be seen especially in the presentations of his new book "Inszenierte Musik" by Johanna Eggert, in 2019, in whose publication I was personally involved and which I had the pleasure of doing together with him.

Harry Kupfer remains in our memory as an unforgettable and incomparable artist.

Monika Beer, Chair of the WS Bamberg has also written a tribute on her society's website: