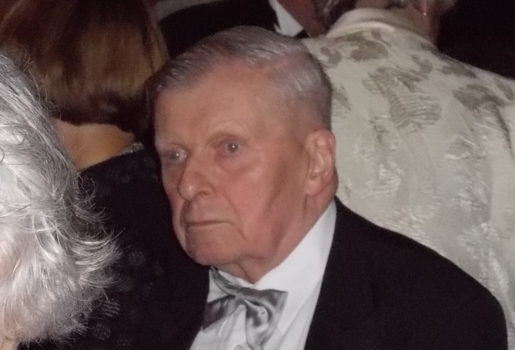 It is with great sadness that we learn of the death of Georges Roodthooft, Honorary President and founder of the Cercle Belge Francophone Richard Wagner
He passed away on 21 August in Evere, Brussels.
His funeral was a private family event.

The Committee and all the members of the Cercle Wagner extend their profound condolences to Georges' widow and to his son.

Georges Roodthooft has left us at the end of a life that can undoubtedly be described as "with Richard Wagner".

He has entered Valhalla and leaves us, the French-speaking Belgian circle Richard Wagner, as orphans .

More than just presiding over our Society, he embodied it, he breathed life into it and fed it with his encyclopaedic knowledge, always with the immense modesty and humility of truly competent men.

When professionals in the cultural media needed information, details or unpublished documents about Bayreuth or the Wagnerian discography, it was only natural that they would turn to Georges and his immense collection of books and recordings.

His greatest pleasure was to give an "introduction to the Bayreuth Festival" lecture. Thanks to him, and especially thanks to his friendly and privileged relationship with Wolfgang Wagner, a large number of members had the good fortune to climb the Green Hill.

Despite his somewhat austere persona, Georges cultivated a sense of humour and an open-mindedness.

We will remember his numerous lectures, critical reviews of recordings, which he was particularly fond of, and above all the care he took, with the help of his dear wife Florence, in editing the Circle's magazine.

For some years, illness had kept him away from social life and he only frequented in thought the heroes he joined at the end of August.

True to his modesty and sense of restraint, he discreetly faded away.

To his wife and son, in the name of all the members of the Cercle, we offer our heartfelt condolences, and as Florence wrote to us, with his departure, a chapter in Belgian Wagnerian life has come to an end.

Dr Jean-Paul Mullier
President of the Cercle Belge Francophone Richard Wagner
www.cerclewagner.be
Back to overview
This website uses cookies to enable certain features and to improve the offer. By continuing, you agree to the use of cookies. More information.